Co op health insurance plans are a great alternative to traditional health plans. Learn more about how you can not only save money, but get the coverage you need without the high monthly premiums.

Today, healthcare costs are running rampant, with no signs of letting up anytime soon. While most Americans are conceding, learn how some of the most savvy consumers are successfully leveraging co-op health insurance plans in an effort to reduce their medical expenses.

What Are Co-Op Health Insurance Plans?

In order to gain a better understanding of how these cooperative healthcare plans work, let’s first start by defining what co-op stands for. While the term may wear many hats, depending on the industry you are in, in the health insurance industry, co-op stands for Community Operated and Oriented Plan Program. The community health coverage option is known by a handful of other names as well, such as medical cooperatives and healthcare co-ops.

So, what exactly are these co-op plans, and how do they save you money?

Mutual insurance refers to plans that are owned and operated by the members of the group that own the plan. All of the money that is earned by the group directly benefits its members by reducing costs (e.g. premiums), being distributed to the members, or being held within the group to benefit the entire group, which is why co-op health insurance plans are so affordable.

Health insurance cooperatives are owned by companies, small markets, and other groups, and can be private or public entities. Additionally, these groups can operate on a national, state, or local level. The owners can be medical professionals and healthcare businesses (e.g. hospitals, health clinics, charities, etc.). Though there are owners of the plans, there are no hierarchies. The owners are also members themselves, and do not receive better benefits or preferential treatment for being the one charge. 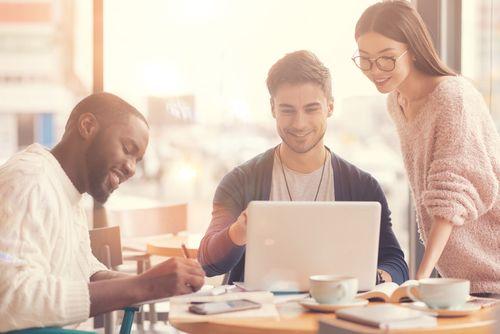 How It All Works

We touched about the inner workings of health co-ops briefly, but let’s take a deeper dive in to fully understand whether or not this is the right option for you.

As mentioned above, co-ops are owned and operated by their members. Meaning, if you are enrolled in a co-op health insurance plan, you are essentially a stakeholder in that plan, making you a partial owner. This is sometimes referred to as member-owned health plans.

The size of healthcare cooperatives vary, with some of the largest in the country boasting tens of thousands of members. The more members enrolled in these health insurance co-op plans, the more the costs get spread out, which helps drive down the overall expenses members will have to pay.

For example, if there are ten members enrolled in a co-op insurance plan, and one requires back surgery for a shocking $20,000, each member will have to pay $2,000. Now, in this particular situation, being part of a medical cooperative doesn’t seem so appealing, but imagine if that same surgery was split among ten thousand members. Everyone would end up paying an extremely affordable $2.

Another example would be a cooperative health plan owned and operated by an organization of senior citizens in a particular state. The medical co-op is organized by a geriatric doctor. The members of the plan are all over the age of 62 years old, and they all decide to cover all doctors, treatments, and procedures that are most common to their needs as senior citizens.

Since co-ops are owned and operated by members, they also save you money by eliminating the need for high administrative costs. There are no third parties that need to be paid out, CEOs that need a high salary, or marketing expenses to worry about. Therefore, all the money collected can be allocated to the medical costs incurred by members.

Furthermore, since medical cooperatives are not considered for-profit, they only collect money when they need it. Meaning, they won’t take extra money in premiums that aren’t being used and line their pockets like most private health insurance companies. This passes savings on to you, and also removes any tax liability, further reducing your costs.

How Much Will It Cost You?

Self-employed individuals are notorious for having expensive monthly premiums because they do not receive health benefits through their job, which is why they are the most common members of health insurance co-ops. You most likely will not receive poorer coverage as a co-op member. The coverage that you can receive as a member is medical, dental, prescriptions medications, and any other form of healthcare that is typically covered by a regular health insurance plan. In some cases, the coverage you can receive from a co-op plan is the same if not better quality than plans from reputable insurance companies.

Affordable cost and optimal coverage is definitely a benefit to enrolling in one of these plans. The earnings of the group are held inside the group to benefit the group as a whole. The plan being exclusive to a small group of people allow for the common necessities to be covered because the group can narrow down their necessities and has more profit to cover their necessities.

The nonprofit aspect and self-regulation aspect go hand-in-hand. Being non-profit means they are not regulated by the government or major corporations. Since the plan is owned and operated by its members, not the government or major corporations, the coverage is based on the needs of the members because the members can control what is covered and what is not.

Being a part of a group that you have to conform to the group. For example, if you are a member of a faith-based or politically-based health insurance co-op, you may not be able to receive coverage for procedures, medications, doctors, and clinics that are against the groups’ common beliefs. The majority rules, and if you do not agree with the majority, you are out of luck.

Because many co-op health plans are religiously based, you also may be able to talk to anyone at your local church to see if they have any recommendations. Ask around your community and circle of friends to see what co-op plans they may be enrolled in, along with getting a good idea of how well these plans would fit your needs.

The first step to getting free health insurance quotes is to go to the FirstQuote Health website and enter your zip code. After your location is confirmed, you will select your preferences regarding a plan and your personal needs. The site will take a few minutes to process and then give you a list of deals and plans that will be best for you.

Health insurance co-ops are an excellent way to get affordable health insurance that is of the same quality as the plans from most reputable insurance companies. You may have more of your health needs covered because the plan is owned and operated by its members.

However, you must weight out the pros and cons to determine if joining a co-op plan is best for you. If you decide that it is or are interested in another type of insurance plan, use our free quoting tool to find your perfect plan today!