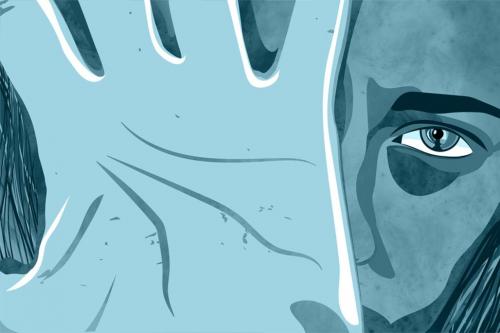 Loneliness - New Cigna Study Discovers Silent Epidemic In The US

Nearly 50% of all Americans struggle with loneliness, according to a new study by Cigna. The numbers were higher than many expected, and are cause for concern. The feeling of being alone is the new, silent epidemic facing a growing number of people.

Loneliness, we all know the feeling, and it’s one we prefer to avoid. When most think of being lonely, they picture sitting in an empty house or staring at a phone that never rings, but it’s far more than that. For some, loneliness is a burden they struggle to shake, and can even be diagnosed as a chronic health condition.

For those with chronic loneliness, even being surrounded by friends and family may not be enough. While the feeling of always being alone may be categorized as a mental health disorder, there is research that confirms loneliness can lead to additional mental health problems, and even physical ailments. A recent study conducted by one of the nation’s largest health insurance companies shows the US still has a lot to learn about loneliness and an even bigger battle in combating it.

Cigna, one of the nation’s largest health insurance and global health service companies, just released a study about the impact of loneliness in the US, and the results are cause for concern. The study, which was a joint effort by Cigna and Ipsos, surveyed over 20,000 Americans who were 18 years and older, using the 20 question UCLA Loneliness Scale. Here’s what the results found:

The study shows that loneliness is an epidemic here in the US, and the sheer number of Americans struggling with the feeling of being alone is alarming. David M. Cordani, who is the President and CEO of Cigna had the following to say on the matter:

“We view a person’s physical, mental and social health as being entirely connected. It’s for this reason that we regularly examine the physical, mental and social needs of our people and the communities they live in. In analyzing this closely, we’re seeing a lack of human connection, which ultimately leads to a lack of vitality – or a disconnect between mind and body. We must change this trend by reframing the conversation to be about ‘mental wellness’ and ‘vitality’ to speak to our mental-physical connection. When the mind and body are treated as one, we see powerful results.”

Psychology today released some interesting insight into why Americans are getting lonelier, and one of the driving factors is that feeling alone is actually contagious. The idea that loneliness is contagious stems from a study that was conducted from 1948, and surveyed over 5,000 people and their offspring over the years. The study found that people are 52% more likely to be lonely if someone they care about is lonely. Meaning, if you don’t feel alone, spending time with people who do will, in most cases, cause you to become lonely.

The reason loneliness is contagious is that those who struggle with the condition struggle with positive social interactions and begin to withdraw themselves. The withdrawal actually triggers a negative reaction in those around the individual, causing loneliness.

Other contributing factors include the situation an individual is in. For example, if someone recently moves, gets divorced, or loses a close friend or family member, they may begin to feel a sense of being alone. Loneliness can also be passed down genetically, and all of these variables can actually be categorized into different types of loneliness.

The Different Types Of Loneliness

The Symptoms Of Loneliness

The symptoms of loneliness may not always be the easiest to spot, especially with the amount of overlap between feeling alone and other mental illnesses. For example, restless nights, or night being able to sleep can be a sign of loneliness according to The National Center for Biotechnology Information.

Other symptoms may include becoming easily irritable. Being lonely manifests itself emotionally and physically, so if you catch yourself becoming increasingly nervous or anxious, it could be an early sign of loneliness. In regards to physical manifestation, higher stress levels can reduce the body’s ability to fight off smaller infections, resulting in colds, headaches, and other physical ailments.

Depression is also a major mental illness in the US that has been the center of discussion for quite some time. What’s scary is that there is strong evidence that suggests loneliness is linked to depression and even alcoholism. For example, living alone increases the risk of suicide in individuals. If you feel that you are in need of someone to talk to, reach out. There are also plenty of free hotlines and anonymous programs that allow you to connect with people going through similar situations, or even medical professionals. Visit the National Suicide Prevention Lifeline here for more information.

What You Can Do To Prevent Loneliness

Feeling alone may be considered a mental health condition, but for those who struggle with loneliness, it may seem impossible to shake the feeling. Luckily, there are steps you can take to help, and it starts with you.

Spending time with family and friends is also a way to help combat loneliness. Being around people who truly care about you, and that you have known for a long time will help you establish positive social interactions. Even if you get annoyed with your family or friends, spending too much time around loved ones is better than spending too little time.

Finding the right balance between exercise and work can help as well. It’s important to find balance in your life, and once you find it, you will be surprised about the wonders it will do for your mental health, and in the fight against loneliness. Make sure to take advantage of all the resources around you, and spend time with those who lift you up.