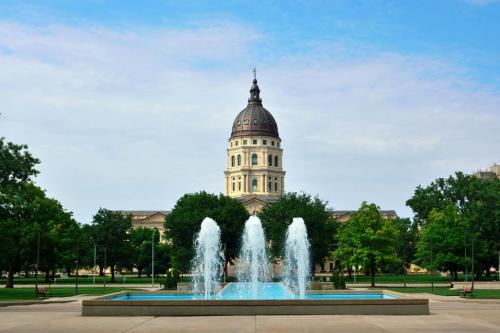 Seema Verma and the Trump administration voted against the Kansas proposal that would implement a lifetime limit on Medicaid benefits, claiming the move would not create meaningful incentives for low-income Americans.

Under President Trump, states have been given more flexibility in terms of how they run their healthcare programs, specifically Medicaid. However, a recent speech by Seema Verma, the CMS Administrator, at the American Hospital Association Annual Membership Meeting marked one of the first instances where the current administration has declined a state’s proposed change to Medicaid.

On December 20, 2017, Jon Hamdorf, the Medicaid Director for the state of Kansas submitted a request to the Department of Health and Human Services titled “KanCare.” The proposal requested Kansas be allowed implement work requirements for Medicaid beneficiaries, along with a lifetime limit on Medicaid benefits which would total 3 years. On Monday, May 7, 2018, the request for Medicaid lifetime limits was denied, but the work requirements are still under review.

While the Trump administration has been advocating for states to create community engagement and pathways out of poverty, the KanCare proposal wasn’t viewed as a “meaningful incentive.” The news did not come as a shock as Kansas Governor Jeff Colyer was already informed of the decision earlier in the year, and chose to stop pursuing lifetime Medicaid limits in April. Colyer released the following statement:

”While we will not be moving forward with lifetime caps, we are pleased that the Administration has been supportive of our efforts to include a work requirement in the Medicaid waiver.”

Medicaid work requirements have already been approved for Arkansas, Kentucky, Indiana, and most recently New Hampshire. However, each of the four states have expanded Medicaid under the Affordable Care Act, meaning more low-income residents are eligible for the state sponsored health insurance program. The few other states who have requested Medicaid work requirements who haven’t expanded Medicaid, including Kansas, and are still waiting to hear back from the CMS.

What Does It Mean For The Future Of Medicaid

The ruling made by Verma may have come as a surprise to some, but it further proves that the goal of President Trump and his administration isn’t just to cut healthcare costs, but to help low-income Americans. The Medicaid lifetime limit doesn’t provide the same incentives as work requirements do, and therefore, would not be helping to create a pathway out of poverty. Verma concluded her Monday speech with the following:

“We are also determined to make sure that the Medicaid program remains a safety net for those that need it most. To this end, we have determined that we will not approve Kansas’s recent request to place a lifetime limit on Medicaid benefits for some beneficiaries. We seek to create a pathway out of poverty, but we also understand that people’s circumstances change, and we must ensure that our programs are sustainable and available to them when they need and qualify for them.”

The new approach to Medicaid and government healthcare programs may be controversial, but they will ultimately give struggling Americans the tools and incentives they need to create a better future.