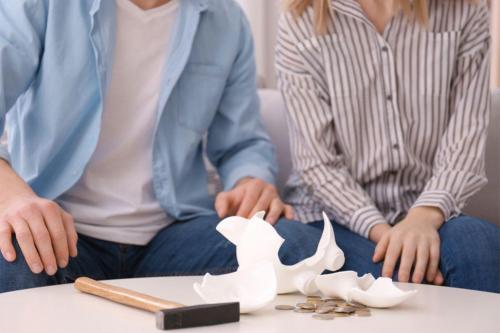 Abortion or induced miscarriages can end up costing hundreds to thousands of dollars if you have to pay out of your own pocket, but will your health coverage cover the bill?

Most insurance plans cover a wide range of women’s health services. Abortion is one service that is often contentious, however. Depending on where you live, coverage for services at an abortion clinic may be guaranteed with private insurance, available with some insurers, or banned completely. Here’s what you should know about abortion coverage before you request health insurance quotes for the coverage you need.

How Much Does an Abortion Cost Without Health Insurance?

An induced miscarriage can be done in two ways, depending on the stage of pregnancy. The most common option is a medication referred to as the “abortion pill,” which can be taken up to 10 weeks into pregnancy. A procedure performed at an abortion clinic is the second option for a pregnancy that has progressed further. The pill has a high success rate and allows patients to terminate the pregnancy at home, according to Planned Parenthood.

Abortions or induced miscarriages can be expensive. On average, an induced miscarriage that takes place before 10 weeks comes at a cost of $300 to $800. A second-trimester procedure can cost thousands. Many women also face additional out-of-pocket costs that include traveling to an abortion clinic, accommodations, child care, and lost wages. According to one study, half of the women who received an induced miscarriage spent at least 1/3 of their monthly income on the costs.

Paying for an Abortion Without Insurance

Planned Parenthood is one of the largest resources for family planning in the United States. Planned Parenthood professionals often charge less for services based on income. The center accepts major health insurance carriers. If you do not have insurance, you may qualify for a discounted fee scale under Title X. Planned Parenthood can also help you sign up for additional programs that can help pay for services such as the Family Planning Benefit Program or Medicaid.

Outside of Planned Parenthood assistance, you may qualify for coverage under your state’s Medicaid program to pay for services at an abortion clinic. Otherwise, you will likely need to pay out-of-pocket at the abortion clinic itself. There may be options available to you such as community health centers, depending on where you live.

Prior to the early 2000s, coverage for induced miscarriage was typical in insurance plans, but this has changed dramatically. While some states promote financial security and women’s health by ensuring health insurance plans offer coverage for abortion, this is not true everywhere. There are currently 9 states that forbid private insurance plans from covering this service, even when a woman has become pregnant due to incest or rape. This means your location plays a big role in your access to insurance that covers induced miscarriage.

Under the Affordable Care Act, induced miscarriage is excluded as an essential health benefit. States can choose to ban coverage in plans offered through the marketplace and 25 states have chosen to do so. There are also six other states with no coverage ban yet no plans with coverage through the marketplace. If your insurance policy covers induced miscarriage, the cost may be low or it may be covered fully without a copay.

Check out this handy chart to view the abortion state laws.

Denies Coverage In Some Or All Private Plans

The only state where abortions are fully covered by Medicaid but denied in some or all private plans is Arizona.

Denies Coverage For All Or Most Abortions In Medicaid

There are a handful of states that deny coverage for all or most abortions in Medicaid. They are: Colorado, Delaware, Iowa, Maine, Nevada, New Hampshire, Rhode Island, Wyoming, and Washington DC.

Denies Coverage In Medicaid And In Some Or All Private Plans

Includes Medicaid Coverage And Does Not Restrict Coverage In Private Plans

Only a few states include Medicaid coverage and require coverage of abortion in private plans. They are: California, New York, and Oregon.

If you need an abortion but your existing insurance does not cover it, or you do not have health insurance, you can purchase affordable private coverage. You can even have more than one health policy, in which case one will be a primary payer and the other a secondary policy. If one policy does not cover an induced miscarriage, the other policy can pay for the service.