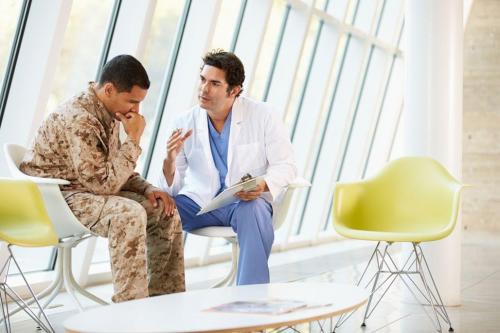 House Democrats, led by Nancy Pelosi, have blocked funding for the US Department of Veterans Affairs this week after compromise received bipartisan support.

It’s been a busy week for the US Department of Veteran Affairs (VA) to say the least. Yesterday, US Secretary of Veterans Affairs, David Shulkin was relieved from his position after serving just over a year and was replaced by White House physician Ronny Jackson. This week, news also broke that House Democrats, led by Nancy Pelosi (D-CA), have blocked the Caring for our Veterans Act, which would have provided funding for the VA in the new Omnibus bill.

What Is The Caring For Our Veterans Act?

The chairman of the House Committee on Veterans Affairs, Phil Roe (R-TN), was an integral part of the veterans’ health bill. He worked closely with Johnny Isakson (R-GA), who is the chairman of the Senate Veterans Affairs Committee, to reach a compromise and gain bipartisan support for the bill. Roe penned a letter to Pelosi in an effort to begin dialogue, and within his letter, he included a brief overview of what the Caring for our Veterans Act hopes to achieve.

He wrote that the bill would, “strengthen the Department of Veterans Affairs (VA) healthcare system for our nation’s veterans now and in the future.” The bill hoped to provide short-term and long-term fixes for the broken VA healthcare system currently in place.

”Specifically, it would consolidate and improve VA’s disparate care in the community programs (including Choice); expand comprehensive support to caregivers of veterans of all eras; and address VA’s aging infrastructure portfolio through a transparent and objective Asset and Infrastructure Review (AIR) process.”

Support and funding veterans has long been considered a nonpartisan issue, however, that seems to have changed. When David Shulkin was ousted from his position, he warned that President Trump was looking to privatize the VA. Shulkin claims his pushback against privatization ultimately lead to his firing.

The VA Choice Program allows eligible veterans to seek medical services from community health providers rather than the waiting for a VA appointment to become available or having to travel long distances to seek the attention they need. The problem, taxpayer dollars would end up going to private medical facilities who treat VA Choice members.

The threat of moving the VA towards privatization, and that the proposed bill, “removes Congressional oversight on VA’s inadequate infrastructure, creating uncertainty with VA’s budget,” has caused some backlash from the Democrats.

Nancy Pelosi is leading the charge, and a Democratic aide said that the Caring for our Veterans Act will not “reduce wait times and won’t make the VA easier to use.”

Garry Augustine, who is the executive director of the Disabled American Veterans, along with many other veteran organizations have been voicing their disapproval of the Democratic move to stop VA funding. Gary states, “We are disappointed by the holdup. This is something we’ve worked really hard on, and we’ve tried to come up with a compromise on getting [this] right.”

While funding for the VA may have hit a temporary roadblock, the Choice bill will most likely be reintroduced as soon as Congress gets back from their Easter recess, which would be next month.