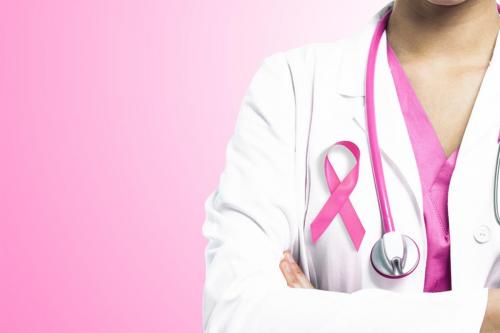 Breast cancer forms in the cells of the breasts. There are five stages of breast cancer, we will discuss what they are and the treatment that can be used in each stage.

If you’ve ever seen a pink ribbon, you know what it means. If you don’t, it is a symbol of the fight against breast cancer and the thousands of women, and some men, it affects. Breast cancer is a type of cancer that grows in the tissue of the breast, or breasts. Signs of this type of cancer are often felt as lumps and can be caused from obesity, lack of exercise, drinking alcohol, family history, and many other factors. There are five stages of breast cancer, we will discuss what they are and the treatment that can be used in each stage.

At this point, there’s no evidence to prove that cancerous cells have broken out of the breast’s point of origin. This means that the cancer can still be eradicated and further spread can be prevented if the right precautions are taken. There’s no need for chemotherapy or treatment of the lymph nodes, however, there are a few stage 0 breast cancer treatment options available.

A lumpectomy is the surgical removal of a lump inside of the breast, where it has not spread yet.

At this point, the cancer has broken out and is starting to grow in the breast tissue surrounding the point of origin. This is the most dangerous stage since from here on it becomes a snowball effect that is hard to keep in control. This stage is further divided into IA and IB.

Early stage breast cancer treatments for stage 1 include the following:

The second stage is further divided into IIA and IIB. There aren’t any tumors yet, but cancer bigger than 2mm can be found and has spread to the lymph nodes.

Treatment options for this stage include:

At stage three of the spread of cancer inside the breast, tumors can be found. If the tumor is larger than 5cm, you may find a large portion of the breast to be red and flimflammed. It may hurt and be sensitive to touch. There are a few different terms used throughout the stages, and if the tumor cannot be found, the term used is triple negative breast cancer.

Treatment for stage 3 include the following:

At stage four, the cancer becomes a very serious threat, beyond the breast. Words such as “advanced” or “metastatic” are used to describe stage 4 of this type of cancer. At this point, the cancer cells may have spread and are affecting the lungs, skin, brain, liver, and bones.

Treatment at stage 4 is dangerous but more potent and includes:

In conclusion, there are thousands of women, and men, fighting breast cancer every day. Many don’t know they have breast cancer until it’s too late. For those individuals currently fighting breast cancer, we hope this article has helped you understand what stage you are in. Triple negative breast cancer is a popular term used at this stage since there aren’t any tumors found. We will find the cure to this and other types of cancer soon, but for now, we need to continue putting up a fight.