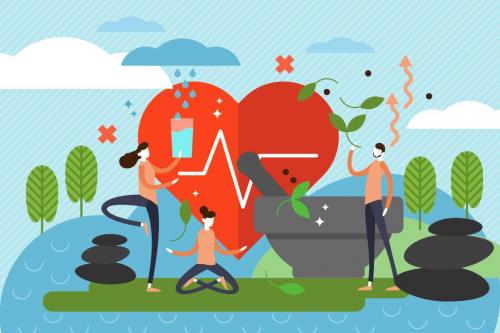 Looking for alternatives to the modern approach to healthcare? Alternative and complementary medicine is making their way back to the mainstream, but just how reliable are they?

Since the dawn of man, medicine has been practiced and perfected. Even as technology has evolved, some therapies and medicines that were relied upon a millennia ago, are still used today despite the advances in the field.

The words alternative medicine are very broad and sometimes controversial. This is because, in some countries in the world, what we consider complementary medicine, they see as traditional medicine or the norm.

Alternative medicine is becoming an increasingly popular choice among many individuals due to its holistic approach in treating physical, emotional and mental health issues. Alternative medicine attempts to treat the whole person instead of focusing on individual symptoms, providing a more comprehensive approach to healing. Additionally, it often offers less invasive treatments than conventional medicine which can provide great relief for those seeking alternative methods for managing their health. Learning more about alternative medicine is important in order to have an informed understanding of all the options available to support our overall well-being.

There are some who embrace different types of alternative medicine as a companion to traditional or western medicines.

Before the turn of the 19th century, most medicines that were used in the mainstream pharmaceutical industry came from plant life and herbs. It wasn’t until the turn of the century that plant-based medicines were replaced with the synthetic medications that we know today.

What Exactly Is Alternative Medicine?

Alternative medicine is an umbrella term that refers to any medical practices or treatments that are outside of traditional Western medicine. These therapies center around body manipulations, ranging from herbal and nutritional supplements, acupuncture, chiropractic, physiotherapy, massage therapy to cognitive behavioral therapy and homeopathy. There are a lot of different alternative medical practices available but all focus on restoring the body’s natural balance and encouraging it to heal itself. Alternative medicine can be used along with or instead of conventional treatments for many health issues, so it can be beneficial in many different ways.

The alternatives to traditional, or western medicine, focus on holistic approaches such as detoxification and the rejection of synthetic medications that some alternative medical practitioners believe are the cause of all our illnesses.

Why Do We Need Alternative Medicine?

Traditional medicine has both pros and cons when compared to alternative medicine. One of the pros is that traditional treatments are well-researched and backed by scientific evidence, while alternative treatments are often not rigorously tested or proven. Traditional medicines are also generally more accessible and easier to obtain than alternative remedies, which can be hard to source or require a professional practitioner for administration. However, the downside of traditional medicine is that it does not address underlying causes, instead focusing on treating symptoms. Additionally, some medications may come with unwanted side effects or risks such as addiction or overdosing. In contrast, many alternative treatments have fewer risks and focus on holistic wellbeing rather than just relieving symptoms.

There are many who wholly believe in the holistic approach to healthcare. The principles of holistic medicine are the following:

To reach optimum health: With appreciation for the mind, body and soul; one can achieve optimum health and be cured of all illness, both spiritual and physical.

Love through healing: Holistic medicine healthcare practitioners put their heart and soul into treatment plans; with love, you too will be healed.

Looking at the person as a whole: Your body is one. If the mind is not right; then the body suffers.

Endowed powers of healing via the body and mind: The holistic approach dictates that all persons have the power to heal so long as they know how to tap into that healing energy that is in us all.

There are many types of alternative medicine out there. Each has a following; but not many can show results based evidence to support themselves as standalone medicine.

ASMR: Healing through soothing sounds that trigger a response in your brain.

Chinese herbal medicine: Ancient herbs used by themselves or sometimes in conjunction with western medicine. 1.8 billion people use Chinese herbs as complementary medicine on a daily basis for minor ailments, but there is not enough research to show its strength against cancer or HIV.

Kinesiology: this is the practice of clearing the qi from one’s body that has been backed up and is now causing issues to the body through its meridians which are the vessels that one’s life force travels through. When these meridians are blocked, patients will experience illness.

Stepping back to Chinese medicine, there are many people out there who will float to natural products to help them feel better or be cured of an illness. Some common examples include:

There are many other herbal supplements out there, and natural products that are utilized by persons who for whatever reason do not wish to participate in mainstream pharmaceuticals. Mainstream medicine such as depression medication, which some use St. John’s Wort instead of the synthetic options amongst other examples.

Mind and body therapy techniques are in popular demand amongst those with muscular or spinal issues such as pinched nerves, slipped discs and other elements that affect the muscles or bones.

Depending upon one’s case it can be hard to find the right traditional treatment so we spinal injury sufferers we’ll flock to alternative medical treatments such as the following:

Being in a position where medication does not work is debilitating, so one can not blame a suffering patient for looking into alternative medications.

Alternative Medical Systems is a blanket term for what we have already discussed in this article its systems of medical treatment that go against the norm or the popular method of medication as the case may be.

Some body-based methods or manipulative methods include of course as previously mentioned acupuncture and chiropractic care, but there are also the services of an osteopath to help with manipulations of the body to promote healing.

Energy therapies include reiki, ASMR, spiritual guidance sessions, kinesiology, and other therapies that don’t require the patient to be directly engaged with.

Insurance coverage for alternative medicine treatments varies by policy and provider, but in general, many alternative treatments are not covered under typical health insurance plans. Some providers may cover certain types of natural remedies, such as chiropractic care or acupuncture, but these are typically provided on a limited basis and with specific restrictions. Additionally, some insurance plans may offer coverage for complementary treatments alongside traditional medicine. However, it’s important to double-check each individual policy before seeking alternative healthcare treatment.