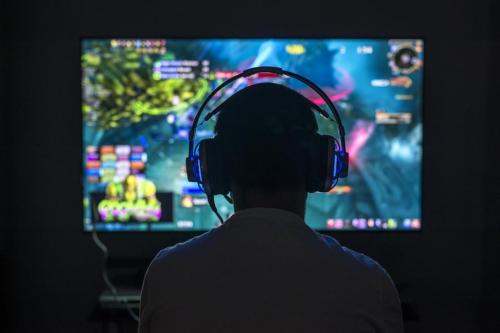 What Is Gaming Disorder?

Video game addiction is a psychological disorder that has grown popular in this digital age. Studies have shown that gaming disorder affects your impulse control mechanism. When a person is engrossed in video games, certain brain pathways are aroused in the same way drugs affect an addict’s brain. Gaming triggers feelings of reward and pleasure that eventually result in addictive behavior. The seriousness of video game addiction recently led the World Health Organization to classify it as a mental disorder.

In Demystifying Video Game Addiction, WHO listed gaming disorder as a mental health condition in its International Classification of Diseases. The organization justified its decision with scientific evidence that points to the prevalence of the addiction in different parts of the world. However, not all health authorities concur with this point of view. WHO’s position on video game addiction is different from what is contained in the Diagnostic and Statistical Manual of Mental Disorders, also known as DSM-5. This is a handbook relied upon by many health professionals across the world when diagnosing mental disorders. While the DSM-5 acknowledges internet gaming as a mental disorder, it observes that it’s too early to classify it as a mental condition.

The American Psychiatric Association is another authority that backs up this point of view. In 2013, the association acknowledged that the condition required more experience and research before it was listed in their diagnostic manual. According to APA, most of the scientific data regarding gaming addicts is derived from studies on the youth in Asia.

How Many People Are Estimated To Be Affected?

While the World Health Organization noted that gaming disorder is a rare condition, it estimated that over 3% of the internet and video gamers suffer from the disorder. According to the organization, around 160 million adult gamers in America experience the condition. However, WHO was quick to add that those who indulge in gaming should be alarmed if the time they spend on the activity affects their daily activities, or causes changes in their psychological, physical, and social wellbeing.

According to a study featured in Frontiers in Psychology, researchers conducted surveys on internet gaming forums to determine the factors that contribute to gaming disorder in adults. The results from the survey showed that factors like the use of violence, ability to act autonomously, and the urge to follow a developing story have nothing to do with compulsive gaming. However, the study associated gaming addiction with three main factors namely: the use of gaming to socialize with others, the use of gaming to suppress the realities of one’s real-life situations, and the need to win gaming rewards. Additionally, experts have associated addictive gaming with people who take part in multiplayer online role-playing games. These games feature high rewards and social interaction.

What Are the 3 Criteria For Diagnosing Gaming Addiction?

The World Health Organization has identified 3 criteria that hint at a gaming addiction. According to WHO, if gaming becomes more important than your daily activities, if you continue gaming despite experiencing issues in your life such as relationship troubles or work or school problems, or if you feel that you can’t stop, then you are probably suffering from video gaming addiction. The World Health Organization reiterates that a person must exhibit such behavior for not less than a year for it to be regarded as a gaming disorder.

What Are The Side Effects Of Gaming Disorder?

The main effect of gaming disorder is that it affects the different facets of one’s life. Video game addiction can affect your job or school, your daily routine, and even your relationship with loved ones. It can impact your physical, emotional, and psychological well-being. In children, gaming disorder can negatively affect their growth and development. Too much exposure to computers and TV screens can cause your child to lead a sedentary life. A lifestyle without sufficient exercises will, in turn, increase the risk of your child developing obesity, poor posture, and type 2 diabetes.

Gaming addiction has also been attributed to lack of social engagement and increased violence in children. When your child is constantly exposed to virtual reality games that involve socializing in computerized environments, they lose touch with the realities of socializing with real humans. Children and teens who spend a lot of time playing games that focus on combat or violence express heightened aggression tendencies than those who don’t. This is one of the reasons the Entertainment Software Rating Board had laid out strict regulations on games based on the player’s age.

How Can One Fight Gaming Addiction?

The first defense against video gaming addiction, and especially for children, is prevention. The onus is on parents to nip in the bud any lifestyles or routines that could lead to video game addiction. Gina Posner, a pediatrician at a medical center in California, advice limiting the time your child is exposed to screens. These include TV screens, phone screens, and computer screens. Posner observes that kids who are below 18 months should not be allowed screen time. He further proposes less than an hour of screen time for kids who are above 18 months and less than five years. Posner reiterates that it is better to keep your child’s screen time exposure to a minimum.

One of the common treatments for gaming addiction is cognitive behavioral therapy. The first step of the treatment is creating awareness that gaming is a problem. The therapist will feed the patient with thoughts of stopping playing by countering the thoughts that encourage them to keep playing. The aim of the treatment is not to keep the patient from gaming altogether. On the contrary, the goal of the therapy sessions is to scale down the seriousness of the addictive behavior. The ultimate goal is to help the patient be able to manage their behavior reasonably.