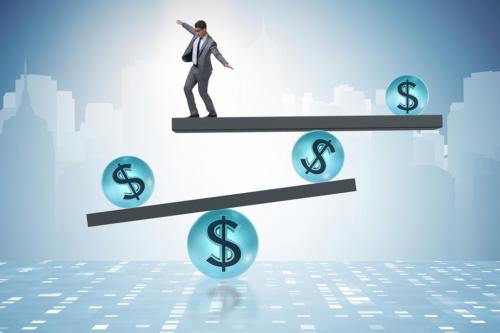 Vermont and New Jersey have decided to implement their own versions of the individual mandate to help stabilize their health insurance marketplaces before President Trump’s Executive order takes effect January 1, 2019.

Trump’s presidency has been riddled with controversy, from falsifying the size of his inauguration crowd to firing FBI director James Comey. However, it’s fair to say that controversy surrounds every sitting president when they are in office, including former President Barack Obama.

President Obama is favorably remembered by most Democrats for a myriad of accomplishments, but most notably, his implementation of the Affordable Care Act (Obamacare). This historic piece of legislation was probably his most controversial, specifically because of the mandate it created, simply known as the individual mandate.

The Affordable Care Act aimed to make health care, and health insurance, more accessible to Americans by creating a marketplace where people can qualify for subsidized coverage, allow states to expand their Medicaid programs, and guarantee coverage for pre-existing conditions all while keeping healthcare prices reasonable. The only way this could have worked was with the individual mandate, which created a larger risk pool by requiring all Americans to enroll in health insurance or face a tax penalty. The individual mandate was the most controversial aspect of the Affordable Care Act, and quickly became the focal point of the GOP platform.

President Trump, along with the GOP, tried countless times to repeal and replace the Affordable Care Act but failed. So instead, Trump did the next best thing, attack the single piece of legislation within Obamacare that holds it all together, the individual mandate. Que Obamacare Relief, an executive order signed by President Trump that needed no vote, and effectively ended the requirement for Americans to purchase health insurance.

Luckily, we live in a country where the federal government is limited, and states are afforded rights, which includes passing legislation of their own. Earlier this year, states began exercising their rights, scrambling to come up with ways to keep the individual mandate alive after 2018, when Obamacare Relief eliminates the mandate for good.

First Quote Health reported on the matter earlier in the year, citing a handful of states with plans to stabilize their health insurance marketplaces. Today, two new states have joined Massachusetts, who had already committed to keeping their individual mandate in place, in an effort to save the Affordable Care Act.

While the vast majority of the country will not face a health insurance tax penalty starting in 2019, New Jersey residents will. The state decided that it will uphold the individual mandate, and use any tax penalty funds for a Health Insurance Security Fund. The funds will be used to help subsidize healthcare expenses for those with pre-existing conditions and seniors.

Vermont is following suit, however, their individual mandate will not take effect until 2020. So, residents of Vermont will actually be allowed to go a full year without health coverage before facing a tax penalty. Unlike New Jersey, Vermont doesn’t have a concrete plan for the collected funds, but will by the time 2020 rolls around.