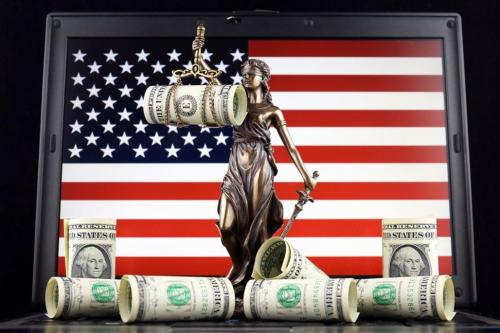 The Troubling Reason The US Pays More For Healthcare Per Capita

It's time for lawmakers and politicians to take a good hard look at the US healthcare system because compared to every other developed nation, the US is spending significantly more per capita.

US healthcare spending in 2016 reached an all-time high, with Americans spending an estimated $3.3 trillion, a number that is nearly twice that of other developed nations. This leads many to question the reasons for the staggering inflated costs of the US healthcare system. The reason for the massive gap in healthcare spending may surprise you.

Learn whether or not people in the US receive better care with their higher bills and the ways in which the Affordable Care Act, also known as Obamacare, set out to provide attainable insurance for the uninsured masses as a way to combat the rising prices in the current state of US healthcare.

A study released by the Journal of the American Medical Association (JAMA) Network in March 2018, showed that each American pays a mean per capita of roughly $9,403 each year in comparison to a $5,419 mean of the collective 11 other countries in the study. According to a study published in 2010, prices charged by US hospitals to patients are 60% higher than the same products and services in European hospitals.

The Organization for Economic Co-Operation and Development (OECD) recently stated that the US population has far more uninsured people than any other wealthy and developed nation. In most countries, compared to the US healthcare system, all residents and citizens have access to free or single-payer healthcare as provided by the government and taxes. The US does not provide such services on a large scale, however, Obamacare was created as an affordable alternative to millions of low-income residents and citizens in the US.

Care and Health Vs. Price

One might be led to believe that because the cost of the US healthcare system is so much higher than other similar nations that the overall care of health and the general state of health of the US population would be far superior to other countries. This is far from the case. The JAMA study presented findings that despite the high costs of US healthcare, the US has the highest rate of obesity, the lowest life expectancy age and the highest infant and maternal mortality rates of any other nation in the study. While the quality of care is not the worst in all categories, the price of the US healthcare system for the average individual is not providing the population with an enhanced level of care or goods compared to other countries that provide free and single-payer healthcare.

The Reasons for High Costs

The same JAMA report showed that while care was not better nor was access to a superior quality of goods and services, the primary reasons for the excessive costs of the US healthcare system is directly related to administrative costs, medical professional salaries and the prices of pharmaceuticals and medical goods. It is also widely believed throughout the analytical and research medical community that additional contributors to the high US healthcare costs are the fact that many individuals are ill-advised to overuse services, health insurance coverage is fragmented between those who pay and those who cannot afford to do so and a significant lack of investment in preventative healthcare measures throughout the society as a whole.

US healthcare costs more than other wealthy nations and the US healthcare system is still severely lacking in healthcare insurance coverage for the general public. Most wealthy nations range between 99% and 100% coverage for their populations. With that being said, the Affordable Care Act has helped to provide more coverage to individuals with lower incomes. Before Obamacare, the uninsured adult population was closer to 20%. Today, it is estimated that roughly 90% of the US has health insurance coverage due to the Affordable Care Act.

It is important to note that simply because you pay more for your health insurance, Obamacare or otherwise, does not mean you receive better care. The US healthcare system has significantly higher costs of goods and pharmaceuticals and pays doctors and nurses more than other countries with better systems than US healthcare. The Affordable Care Act has provided an option for all individuals to have access to insurance coverage at a more affordable price, however, it does not fix the source of high US healthcare prices or the quality of products and services in comparison to other wealthy developed nations.