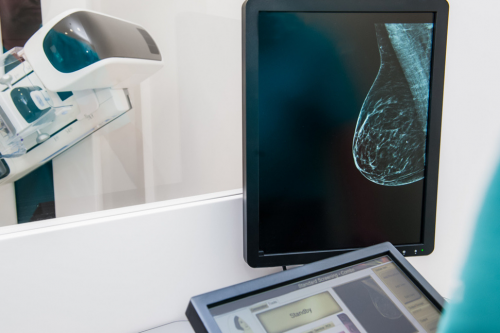 Over the years breast cancer has continued to cause havoc among the global population. Being the month of October, we are commemorating its awareness with some fact sheets. Firstly, its history dates back to 4200 years back in Egypt when it was the first case was documented. Edwin papyrus has documented eight cases where tumors of the breast were treated through cauterization.

What Is Breast Cancer?

Breast cancer is a form of cancer that evolves from breast tissue. Cells in the breast region begin to multiply uncontrollably, thus forming a tumor. The tumor is referred to malignant when they (cells) invade surrounding tissues or when they metastasize to different areas of the body. Additionally, it is more common in women than men, and a lump along the breast usually characterizes it.

There are several types, and they are determined by the tissue that is infected. Most types of these cancers are carcinomas. These are tumors that originate from epithelial cells lining in organs and body. In situ refers to a kind of cancer that has not begun spreading while invasive cancer refers to cancers that have infected the adjacent breast tissues.

It is estimated that in every 5 new cases that have been reported 1 is ductal carcinoma in situ. This type of cancer falls under the category of non-invasive cancer. This suggests that the cells lining the ducts are cancerous, but they have not yet spread to the duct walls. This is a positive sign since the cancerous cells have not spread to the body. DCIS is considered to be a cancer pre-condition because they at times become an invasive type of cancer.

This is a type of cancer that has spread to the neighboring breast cells. This is the most common type of breast tumor with every 8 out of 10 invasive cases being invasive ductal carcinoma. IDC originates from milk duct cells in the breast and gradually infects other neighboring tissues. During this point cancer easily metastasize to other regions of the body.

Inflammatory breast cancer is a rare form with the significant difference being on its treatment, outlook, and symptoms. Some of its symptoms include redness and swelling. Signs of breast cancer occur when cancerous cells block the skin’s lymph vessels.

How Do You Get Breast Cancer?

Breast tumor has been one of the most searched questions on breast cancer. Well, the leading cause of breast tumor has not yet been determined. Breast cancer symptoms are one of the best techniques to identify its infection. Though, this is the case; several factors are known to contribute to the condition.

Lifestyle choices also play a part in increasing the chances of having cancer. A recent study shows that women who take at least three alcoholic drinks a day are 1.5 times more likely to get inflammatory breast cancer. Additionally, occupational hazards such as carcinogens and endocrine disruptors also play vital roles in causing cancer.

Hormonal treatments such as birth control pills and HRT have been attributed to increasing estrogen thereby increasing chances of acquiring breast tumor.

Breast cancer statistics show that women who have been diagnosed before and had cosmetic implants had a 25 % chance of being diagnosed with cancer at a later stage.

While breast cancer statistics help create awareness, it continues to face numerous hurdles with regard to funding. It is estimated that in 2018 there will be 266,120 new cases of breast tumor among women. Additionally, over 40, 920 women are expected to die by the end of the year. It is further estimated that 1 in every 38 patients will die. As a way to create awareness and raise funds towards treatments, major charity organizations set the month of October as an awareness month.

Signs of breast cancer are redness and lumps along the nipples. Statistics show that there is a sharp decrease in breast tumor cases. This has been due to increased funding and awareness programs from charitable organizations.