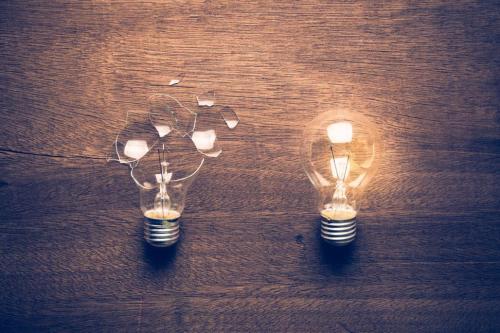 Trump’s Health Care Bills - A Timeline Of Failure And Success

Trump took a number of approaches when it came to the United States healthcare system. Below you'll find a timeline of sorts discussing the Trump healthcare plan, touching on successes and failures.

During Trump’s campaign, he spoke frequently about overhauling the Affordable Care Act (ACA). Since his election, Trump took a number of approaches when it came to the United States healthcare system. Below you’ll find a timeline of sorts discussing the Trump healthcare plan, touching on successes and failures.

There have been numerous of actions taken during the Trump healthcare process. The following highlights the history of the bills, amendments, etc.

On March 7, 2017, House Republicans announced the American Health Care Act (AHCA or “Trumpcare”) to the House of Energy and Commerce Committee and the House Ways and Means Committee. Not long after, Trump and his administration voiced their support of it, effectively paving the way for the Trump healthcare process.

By March 8-9th, both of the Committees approved of it on a party-line vote, bypassing the usual nonpartisan economic report from the Congressional Budget Office (CBO).

This Trump healthcare plan was met by criticism from both conservatives and liberals. Conservative groups claimed that it did not do enough to live up to Trump’s campaign promises, while some liberals spoke about how it would leave many people uninsured.

The criticism of the bill grew once the CBO released their analysis on March 12th. They estimated that about 52 million Americans would become uninsured under the AHCA with over 10 million losing it by the first year.

In spite of the opposition, the bill continued to move forward. The House Budget Committee, with 19 to 17 votes, passed the bill to the Floor of the House with recommendations for some changes. A House vote was scheduled by March 23rd, but the plan fell through as Republican leaders lacked the necessary votes. A day later, it was pulled. Following the defeat, Trump claimed he was going to allow the marketplaces to collapse under the ACA.

The battle for Trump healthcare continued on through April 24, 2017 with the introduction of the MacArthur Amendment. This aimed to grant states permission to apply for federal government waivers so they can opt-out of some of the ACA provisions.

Later, the Upton Amendment was introduced on May 3rd to tackle the issue of consumers with pre-existing conditions not being able to afford out-of-pocket fees under the AHCA.

With these major amendments and more incorporated, the Trump healthcare plan saw success as it passed by Congress with a close 217 to 213 House vote.

As the AHCA with its amendments passed through the House, Senate Republicans began coming up with their own bill, keeping other Republicans, Democrats, and Independents in the dark about it. By June 19, 2017, they sent it to the CBO. Opposition became stronger as other Republicans and Democrats continued to be left out of the process.

On June 22, a draft of the Better Care Reconciliation Act (BCRA) was released to the public. In addition to the CBO releasing their analysis of the bill, it did not take long for criticism to grow.

Many on both sides of the political spectrum spoke out against aspects of the bill, including how it would cut back funding for health coverage for low-income Americans, and how, according to the CBO, it would leave 15 million more Americans uninsured by 2018.

However, the Trump healthcare plan experienced another defeat as it failed to pass with 57-43 Senate vote against.

At the same time that Senate Republicans pushed for the Better Reconciliation Act, another proposal came to repeal the ACA, but not replace it. Known as the Obamacare Repeal Reconciliation Act (ORRA), it was nearly identical to a previous bill former President Obama vetoed back in 2016.

This saw many objections from all sides, especially once the CBO reported on July 19, 2017, that it would decrease the federal deficit through 2017-2026 by about $473 billion and leave an estimated 17 million people uninsured. On July 26, a day after a Senate vote turned down the Better Reconciliation Act, the ORRA was defeated 45-55.

As the fight for Trump healthcare moved on, many Republicans still pushed for a repeal of the ACA. The Health Care Freedom Act (HCFA or “Skinny Bill”) came to light by July 27, 2017. In this bill, it would repeal the individual mandate while keeping the Medicaid expansion. Similar to the previous bills, this failed to garner support from any Senate Democrats while three Senate Republicans voted against it as well. That same day it was publicly released, it was defeated 49-51.

After months of pushing following the defeat of previous amendments, another new bill was attempted to further the Trump healthcare plan. Led by Senators Lindsey Graham and Bill Cassidy, the Graham Cassidy Bill was released to the public on September 8, 2017.

The the way the Graham Cassidy Bill worked was to repeal several prominent features seen in the ACA. It would provide states with federal funding in the form of block grants. This was met with opposition due to some of the findings that included an estimated 35 states (including the District of Columbia) may lose funding.

By September 26, Republican leaders announced they would not be putting the Graham Cassidy Bill up for a vote, marking another lose for the Trump healthcare push.

With the failure of Congress to pass any bill that will repeal and replace the ACA, the President signed an executive order on October 12, 2017 as a way to undercut the ACA.

There were a number of aspects involved in the Trump Executive Order. The main point was to assist millions of Americans in obtaining insurance through the Association Health Plans (AHP). This could have more of an effect on middle-America as well as those who work lower paying jobs that prevent them from affording healthcare

In addition, the Trump Executive Order directed federal agencies to change the way the Patient Protection and Affordable Care Act originally from the Obama Administration was implemented.

By November 2, 2017, the Republican Party opted to address tax reform. The Tax Cuts and Jobs Act came to the House of Representatives, and it aimed to do away with the tax penalty seen under the ACA’s individual mandate.

Before, there was a mandate under the ACA that claimed Americans needed to be insured or face a penalty. It had numerous exceptions, however, but the Trump healthcare plan included a way to get rid of it.

On November 16, it won the House vote. By December 2, a different version of it narrowly passed with a Senate vote 51-49. Trump healthcare saw continued success as an updated Tax Cuts and Jobs Act passed both chambers of Congress. On December 22, 2017, Trump officially signed the bill into law to repeal the individual mandate by 2019.

The Trump healthcare process saw many ups and downs from the various bills, amendments, Graham Cassidy Bill, the Trump Executive Order, and more. Reforms still continue, so Trump healthcare still has ways to go, and may very well see more failures and successes in the future.