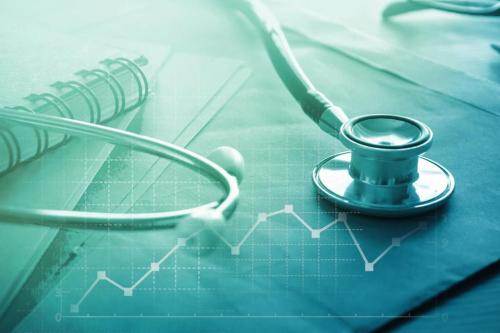 When President Trump announced his plans to cut Open Enrollment's marketing budget by 90% and cut the enrollment window in half, many said it would result in fewer sign-ups. The CMS report for 2018 shocked everyone.

When President Trump decided to cut the Open Enrollment marketing budget by 90% ($100 million down to $10 million), and cut the Open Enrollment Period in half (from 90 days to 45 days), proponents of the Affordable Care Act (ACA) started getting their pitchforks ready. Surely, with a lower budget and a shorter window for enrollment, the number of Americans purchasing health insurance through the marketplace would see a sharp decline. That wasn’t the case.

Open Enrollment 2018 Numbers Are In

The 2018 Open Enrollment Period saw about 11.8 million Americans enroll in marketplace health insurance plans according to the official report released by the Centers for Medicare and Medicaid Services (CMS). Those numbers are a 400,000 decrease from the previous year, but higher than anticipated.

Of the 11.8 million sign-ups, 27% were new, which means about 3.2 million Americans signed enrolled in health insurance through the marketplace for the first time. The majority of enrollees chose the middle tier Silver plan, while 29% chose the least expensive Bronze Plan, and only 7% chose the Gold Plan.

The 2018 Open Enrollment report continues to disappoint advocates of the Affordable Care Act. When the ACA was first passed into law in 2010, the CMS projected that 17 million Americans would opt for health coverage through the exchange in 2014. Numbers failed to meet those expectations when only 8 million people signed up for plans through the marketplace. While those numbers climbed to 12.7 million in 2016, the following year saw 500,000 fewer people enroll when only 12.2 million Americans enrolled in health marketplace plans.

Health insurance prices through the marketplace have continued to rise, and this year saw the highest average premiums to date. Average premiums from the 2018 Open Enrollment jumped to $621 before premium tax credits were applied, up significantly from the $476 in 2017. Rising premiums continue to be a problem for the marketplace, and the lack of competition doesn’t seem to be helping either.

Seema Verma, the newly appointed administrator for the Centers for Medicare & Medicaid Services, tweeted out a congratulatory message yesterday when the numbers were released. She referred to the report as the “most cost-effective and successful Open Enrollment to date.”

Many were getting ready to shift the blame for a failing and unstable marketplace from the Obama Administration to the Trump Administration with all the uncertainty surrounding healthcare in the US. However, even with a lower outreach budget and 50% shorter Open Enrollment Period, marketplace enrollment stayed relatively steady, but that doesn’t mean everyone was happy.

Josh Peck, co-founder of Get America Covered, a group that strongly believes in the importance of the Affordable Care Act, didn’t seem to share the same sentiment as Seema Verma. The proponent of the ACA said in a statement, “While enrollment remained steady because of high consumer satisfaction and more affordable premiums for those who qualify for tax credits, enrollment would have outpaced previous years’ if the administration had focused on signing people up instead of derailing Open Enrollment efforts.”

It seems that healthcare will continue to remain a polarizing topic in the US for the years to come. While some claimed victory and others call foul, one thing remains certain, marketplace premiums will determine whether the ACA will be successful or not. In a poll conducted by the Kaiser Family Foundation, 45% of Americans who went without health insurance said the price was the driving factor. If marketplace premiums continue their upward trend, it could very well spell the death of the Affordable Care Act.