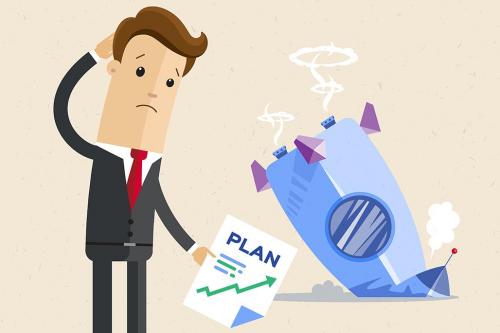 At this point in his presidency, Donald Trump has yet to fully repeal and replace Obamacare. Is he right to place the blame for a failed healthcare system on policy and regulation?

While the debate surrounding healthcare is still a driving political factor, the one thing that everyone seems to agree on is that the US system is [completely, and utterly broken]. The real question is how do we fix it?

Before finding a solution to any problem, the most important step is identifying exactly what the cause is. While there are many divergent opinions on why the US healthcare system is a wreck, President Trump has a theory that isn’t new, but one he chose to reiterate recently. Rather than placing blame within the trillion-dollar health industry, Trump claims it’s policy and regulation that are the root of the problem.

The President is not alone in his assessment, but with all the information available, let’s separate the wheat from the chaff to find out what’s really going on. As best we can, we will make an objective assessment of the current healthcare system, and the problems it faces. Many statistics show that Obamacare has not met projections. Some experts argue that government policy issues might be holding back medical innovations, such as telemedicine. We will provide cold, hard facts so that you can make your own conclusions regarding Trump’s healthcare policy.

What’s Wrong With The US Healthcare System?

When some foreign leaders become ill, they visit the United States for medical treatment. This should be a clear proof that the US healthcare system is among the best in the world. When experts carefully analyze government policy issues, a continuing problem is funding, not care. In the late words of Former President Ronald Reagan, “the government is the problem, not the solution”.

Any American can go to an emergency room (ER) and receive medical treatment, that’s not the problem. The heart of the American healthcare failure is more closely tied to the country’s current financial debt. The US can no longer afford its healthcare system, which is why Obamacare was ramrodded through Congress.

Obamacare Has Not Met Projections

Since the US healthcare system was already world class, it was impossible for Obamacare to improve upon it. For that reason, experts understand that the previous administration’s real goal was funding, not the improvement of care. And to make matters worse, the Obamacare healthcare policy has not met projections. The Congressional Budget Office (CBO) has estimated Obamacare was off by $311 billion for 2015 – 2024 projections.

Who The Trump Administration Is Blaming?

Since Donald Trump’s healthcare failure is partly due to the faulty projections of the previous administration, he might believe that Obamacare red tape is more of a hindrance than a help. For example, the attempt to monopolize healthcare has made it more difficult to schedule house visits or engage in telemedicine. That is unfortunate because telemedicine could improve rural healthcare.

Americans want to be free to choose their doctors and medical care. President Donald Trump is in lock-step with the American public on these policy issues. Trump blames the government for holding back medicine because it has created a virtual monopoly, not a free market.

Perfect competition, information, and free markets encourage innovations and lower costs. No government has an incentive to cut costs because of its bottom line taxes, not productivity, efficiency, or quality. President Donald Trump might blame the healthcare policy of the previous administration for rising healthcare prices. Trump’s new vision for healthcare emphasizes competition, choice and the private sector.

In his press release of December 3, 2018, President Trump’s bold healthcare plan was revealed - Reforming America’s Healthcare System Through Choice and Competition. Healthcare prices continue to rise, but Americans are not receiving the commensurate benefit of living better lives, according to Trump. Both Trump and Obama want to improve affordability. They simply disagree on the means to that end. President Trump has advocated the following solutions:

When US Healthcare Prices Started To Spike