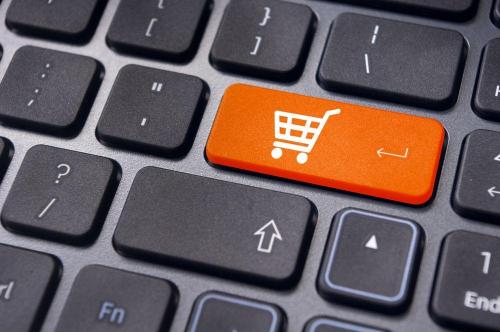 What is the Health Insurance Marketplace?

Learn where and how to buy health insurance through the Marketplace.

Like many Americans, you’re probably wondering what the health insurance marketplace is. You’ve heard the term thrown around for quite some time now, and maybe even received an email or letter from the government advertising the federal and state exchanges. Well, if you’re still unsure about the new marketplace coverage and what it entails, we’re here to break it down for you.

What Is The Health Insurance Marketplace?

The health insurance marketplace is a service that helps individuals and families like yourself, shop for and enroll in coverage that meets the standards set forth under the Affordable Care Act (ACA). Often referred to as an exchange, the government’s healthcare marketplace is a one-stop shop for all your healthcare needs. You can compare plans, qualify for discounted coverage, and even talk to navigators, who can help point you in the direction of the perfect plan.

Marketplace health insurance plans are a bit different than you may be used to. For starters, each plan is required to meet a certain set of criteria, known as Minimum Essential Benefits. Plans also fall into a few different metal tiers, and while pricing may vary between county lines, your benefits will be the same.

The health insurance exchange and the marketplace is overseen by the government. However, when the ACA was passed, it gave states two options, but both required participation. The first option, which most states opted for, was to participate in the federal exchange. As you can probably guess, this was a popular option because it took a lot of pressure off of the state. The alternative, which is the route a handful of states chose to take, was create a state-run health insurance exchange.

If you’re curious where your state falls on the list, the list below is a comprehensive list of all the states with their own exchange. If you don’t see your state on the list, that means you would have to go through the federal marketplace.

When And How To Enroll

The health insurance marketplace isn’t open all year round. In fact, it’s currently only open for 45 days (with the exception of these states) each year, during what is known as the Open Enrollment Period), which gives you a narrow window to either enroll in new marketplace coverage options or switch your plan. As of now, Open Enrollment starts on November 1 and runs through December 15.

There are exceptions to the rule, which may allow you to enroll at other times throughout the year. Special Enrollment Periods were designed to afford individuals and families going through major life changes the ability to enroll in government marketplace plans. You can learn more about Special Enrollment here, but essentially, you’ll have a 60-day window to enroll in coverage from the time you qualifying life event takes place.

If you’re wondering how to apply for Obamacare, you have a few different options. While most people begin with an online application which can be found on the official health insurance marketplace website, you can also enroll by phone, mail in your application, or work in person with assisters.

The development of the marketplace established a number of new considerations regarding insurance coverage:

Is The Federal Marketplace Your Only Option?

No, marketplace plans aren’t your only option, and they aren’t even the most popular. The majority of Americans receive healthcare benefits through their employer, which is now a requirement for companies with over 50 employees.

There are also private health insurance plans outside the marketplace, which are also a popular option for many. You can also enroll in Medishare plans, short-term plans, and more. The private healthcare sector is still alive and well, and under President Trump, has been experiencing more success.

The health insurance marketplace was created under President Obama’s Affordable Care Act. It did a couple of things, but most importantly, it offered individuals and families a way to enroll in affordable coverage with the help of federal subsidies. The ACA has been challenged by opponents, typically members of the GOP, but faced it’s the biggest obstacle once President Trump took office.

For starters, Trump and his administration attempted to repeal the Affordable Care Act altogether, which would have eliminated the marketplace altogether, but were unsuccessful in their attempts. The President did use his power to make some changes, which included repealing the individual mandate, shortening the Open Enrollment Period from 90-days to 45-days, reduce subsidy payments to insurers, and boost off-exchange health plans.

Now that you know what the health insurance marketplace is, let’s go over some of the benefits of enrolling in an Obamacare plan. Starting off, all plans are uniform, meaning that comparing your options is extremely easy. Aside from pricing, all plans will offer the same benefits, the only difference is how much you’ll pay each month in premiums, and how much you’ll pay out-of-pocket.

Next, if you’re looking to get help paying for coverage, then you’ll have to use the marketplace. Off-exchange plans, or plans sold in the private sector, aren’t eligible for subsidies, and additionally, may not offer the same comprehensive coverage. You’ll need to qualify for subsidies based on your income, but if you do, then you’ll have access to some of the most affordable health insurance on the market.

Lastly, health insurance companies can’t deny you coverage based on your medical history. This is one of the most important parts of the Affordable Care Act and has helped Americans living with pre-existing conditions get affordable health insurance for the first time.

Some Drawbacks To Consider

Yes, marketplace insurance in 2019 is a great option for so many Americans, but it’s not for everyone. Everyone’s healthcare needs are different, and even with uniform health plans, some people will be better off looking elsewhere for health coverage. Let’s begin with the extremely small window or enrollment.

Unless you’ve had a qualifying life event (QLE), you’ll have a very narrow window to sign up for coverage. Each year, you’ll have a 45-day window, which isn’t a lot of time when you think about it. There are millions of Americans who miss the Open Enrollment Period each year, which forces Americans to either go an entire year without health insurance or see what’s available elsewhere.

The most frustrating thing about the marketplace is the pricing. If you don’t qualify for subsidized coverage, then you’ll be paying hundreds of dollars a month in premiums, and possibly thousands depending on the size of your family and where you live. There aren’t many options for you to choose from either, with some counties only having a single insurer offering plans.

You may also end up paying for coverage you don’t need. The minimum essential benefits are great for the average American, but if you think about it, there are some who end up forking over extra money for benefits they will never use. It’s going to be up to you to decide whether or not the marketplace is your best option in 2019. So, make sure to explore plans both on and off the exchange.

Tips To Getting Started

If you’re just starting your health insurance search, it’s a good idea to visit the official government website. While some states may have their own exchange websites, by entering your zip code, you’ll be redirected to the right place. You’ll also want to have all of the pertinent information in front of you before getting started.

Before getting started, make sure you know both your financial and medical situation. If you’re someone who has a history of trips to the emergency room or doctor, make sure you opt for a plan with lower out-of-pocket expenses, even if it means a slightly higher monthly premium. You’ll also want to make sure you have all your financial information in front of you because you will need to use it.

If you’re shopping for a marketplace plan for the first time in 2019, then you may want to consider speaking with an assister. Assisters will help point you in the right direction without charging you a dime.

Just like the ACA exchange, plans outside the marketplace vary by county lines. So, by entering your zip code and answering a few quick questions, you’ll be able to view options side by side. We can help you find coverage year round, so, don’t worry if the Open Enrollment Period has already come and gone.