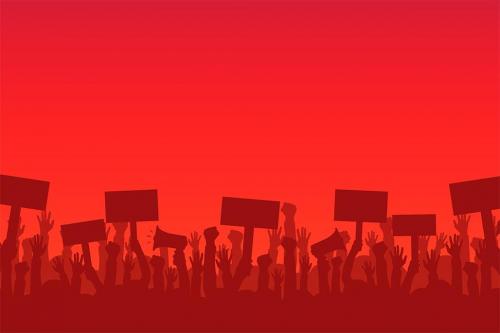 The Single Payer Health Care Debate - Is It Worth It?

Single payer health care affords health insurance to all, but what does it actually mean for healthcare and medical costs?

It is important to understand the ongoing debate around single-payer healthcare systems in order to make informed decisions about our health care. Knowing the arguments for and against these plans can help us better understand the implications of such a system and decide on what kind of coverage best fits our needs. Additionally, being aware of the current state of the debate can help us become more engaged in the discussion and ultimately contribute towards potential solutions.

What is a Single Payer Health Care System?

Also referred to as Medicare for All, single payer health care refers to a system where taxes are collected by a central governing entity, which are used to provide health coverage and services to the population.  In the U.S., the care would remain in the hands of the private hospitals and doctors.  In a true single payer health care system you would not have to pay premiums, deductibles, copayments, or any other out-of-pocket expenses, because they would be included in your taxes.

Many confuse the terms single payer health care and universal health care, or use them interchangeably.  There are some key differences between these two health care systems.

As explained earlier, a single-payer healthcare system is a type of healthcare system in which a single public or quasi-public organization finances and provides basic universal coverage to all citizens, with no requirement to purchase additional insurance. The government generally pays for medical expenses from a single fund based on taxation, rather than requiring individuals to pay out of their own pockets. This type of system can be beneficial for providing access to quality healthcare for all citizens.

Cuba probably employes the closest thing to a true single payer health care system.  In Cuba, there are no private healthcare providers or facilities, everything is run by the government.

As a world leader in healthcare technology, the average life expectancy seeing a dramatic rise in the last 10 years,  and 1 doctor for every 294 citizens, it’s easy to see why many look to Denmark as a beacon of hope that single payer health care can work.

While many may boast Denmark is a successful example of a single payer health care system, they are not true to the definition.  Healthcare is funded through regional or municipal taxation rather than one central government.  The role of the central government is to regulate, pass health legislation, provide guidelines, and give advice and health information to the local levels.

The healthcare system in Australia offers the service as a combination of independent medical practitioners and hospitals run by the government, and are funded by both the government and the private insurers with the patient paying a partial amount.

Bostswana employs a version of universal health care, but private healthcare is also available to those who prefer it.  It affords health coverage to all its citizens through taxation, although check ups still have a small out-of-pocket fee.  It’s estimated that the government runs 98% of all healthcare facilities.

Medicare for All is a pro of single-payer healthcare systems because it allows everyone access to affordable care. It eliminates the need for private insurance, which can be costly and restrictive in terms of coverage. Medicare for All enables access to quality health care for all people, regardless of income level or prior medical history. Furthermore, it helps reduce out-of-pocket costs as well as lower overall premiums by spreading the cost among a larger population base. This benefit leads to improved health outcomes as well as financial savings throughout the healthcare system.

Single-payer healthcare systems provide access to preventive healthcare, which helps individuals stay healthy and reduces the costs of treating avoidable conditions. Preventive care includes regular health screenings, immunizations, and other treatments that help diagnose potential illnesses or detect risks for developing diseases before they occur. Because these services are typically covered by insurance, individuals are more likely to seek them without worrying about cost barriers. Consequently, single-payer systems help ensure that all individuals receive necessary preventative care, leading to better long-term health outcomes. Furthermore, receiving preventative care can save money in the long run because it is less expensive than treating a full-blown illness or injury.

Single-payer healthcare also eliminates current disparities between access to care for certain individuals and communities. Currently, those who are low-income or have pre-existing conditions can often struggle to find coverage that is both affordable and comprehensive. A single-payer system would ensure that everyone has access to quality, affordable health care regardless of their income level, medical history, or geographic location. Additionally, it could help create a more equitable healthcare system by providing insurance subsidies for those who need it most and removing barriers like cost and paperwork. This could lead to increased access for minority populations, as well as improved overall public health outcomes.

Single-payer healthcare systems may also suffer from doctor shortages and long wait times. As more people are covered by the system, there will be an increased demand for healthcare services that may not be able to be met. This could lead to individuals having to wait months or even years for needed medical treatments, making it difficult for some to receive the care they need in a timely manner. Additionally, doctor shortages can mean fewer doctors in some areas of the country, pushing those who need medical care farther away from their homes in order to secure treatment. These practical complexities often make single-payer healthcare systems difficult to implement in many countries.

Let’s take a look at Canada for example.  A recent study by the Fraser Institute brought to light some shocking revelations about the state of healthcare in Canada who employs a version of single payer health care.  In 2016, the wait times to see a medical specialist averaged about 20 weeks.  This means that people who were in need of medical treatment were unable to efficiently receive the care they needed.

Single-payer healthcare systems may also require much higher taxes to cover all of the required services. This could mean that residents of a country must pay more in taxes each year, which can be difficult for those who are low income or otherwise struggling financially. Additionally, many countries with single-payer healthcare have very high marginal tax rates, meaning those who make more money contribute a greater portion of their income towards funding the system. This can create an incentive for wealthier individuals to move out of the country due to the high tax rate making it difficult for them to maintain their lifestyle.

One of the biggest downsides of single-payer healthcare systems is the lack of choice. Because these systems are government-run, citizens may not have access to a wide range of medical treatments or even different types of health insurance plans. This could lead to individuals not being able to select the coverage that best fits their needs or means, as well as a lack of flexibility when it comes to changing providers if necessary. Additionally, there may be limited options for specialists in certain areas, making it difficult for some residents to receive specialized care when they need it.

With single payer health care, it would be difficult to argue that innovation in the medical field would see the same strides it has in recent years.  Historically, programs overseen by the government aim to limit budgets and spending, which would mean less funds would be allocated to research and development.

The controversies are so many and do not only involve politicians but the general public as well. Those against single payer health care will often cite other countries struggles with wait times and quality of care. As you can imagine, people would not be thrilled with the idea of not only paying for other people’s health coverage, but being forced to take a backseat for medical services they paid for.

On the other side of the political spectrum, many feel that health coverage should not be considered a good or service, but rather a constitutional right.  The claim stems from the moral stance that healthcare should be available to all who need it, not just the select few who can afford it.

Others are concerned with the higher taxes.  The argument is essentially a double edged sword.  On one hand you pay more in taxes each year, but pay significantly less when it comes to your health coverage.  In turn, the money you pay for taxes is actually less than you would be paying if you purchased private health insurance, because the cost of health services will become less expensive.  Some see this as health savings.

On the other side, the wealthy will be seeing a higher tax hike than the lower and middle class.  The upper class are typically the ones who can afford premium coverage through the private sector, which comes with more comprehensive and higher quality coverage.

The single payer, health care system, is a raging fire between the Democrats and the Republicans. While the GOPs are looking into rolling back the system, the DNC is focused on seeing it through. The stance made by each part proves that the universal health care system is a divisive proposition.

The DNC is not known to shy away from endorsing a single payer health care system as shown by historic policies they have implemented, such as Obamacare. They are of the idea that the system provides a level of equality for all because healthcare is available to all.

The system is, however, not supported by every DNC member as others say it doesn’t make sense, and that it will require a massive increase in tax.  Many feel a multi payer health care system would be a better fit for a country of our size.

The GOP believes single payer health care is not sustainable, and highlight Obamacare as a flawed attempt for Medicare for All.  The GOP has been actively attempting to repeal Obamacare since it passed in 2010, and will continue to try and repeal it until they are successful in doing so.  This can be taken as a summary of the GOP’s feelings towards single payer health care.

Even though the United States does not have a single-payer healthcare system, it is still important for residents to understand what one entails. Learning about this system could help to inform citizens of the potential pros and cons of different models of healthcare and how they can be used in other countries. Additionally, this knowledge may be useful if there were ever an effort to introduce a single-payer system into the US as it would give people more insight into how such a system would work and what type of impact it could have on their lives.

[FirstQuote Health is a great resource for those looking to learn more about insurance](https://firstquotehealth.com/). This platform offers users the ability to compare and purchase different health plans, so they can find the coverage that best fits their needs and budget. Additionally, FirstQuote Health provides resources, such as articles and videos, about how different types of health insurance work, what kind of coverage is available, and how to use the system when purchasing or making changes to an existing plan. This makes it a great source of information for learning about health insurance in an easy-to-understand way.