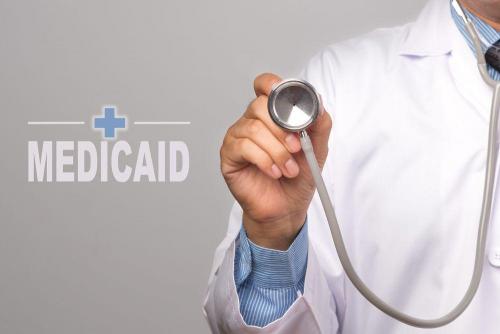 If you can't afford health insurance you may qualify for Medicaid

Health insurance can make the difference between life and death for many individuals across the nation, with even more people taking preventative health measures early on thanks to their medical coverage. However, with a lack of cheap health insurance options available throughout the nation, many rely on programs like Medicaid to help make up the difference. In fact, an estimated 72.5 million Americans are covered by the program, according to Medicaid.gov, making it the largest health insurance program in the nation. Here is how you determine if you can qualify for Medicaid.

Before talking about Medicaid and its role in the health insurance marketplace, it's important to recognize the difference between Medicaid and Medicare. Medicare is designed to help primarily those over the age of 65, as well as covers individuals who are on disability in the United States. Regardless of your income, individuals qualify for Medicare the moment they turn 65, as long as they paid into Social Security and Medicare. You may also qualify if you become severely disabled or are diagnosed with end-stage renal disease. A Medicaid application is different in that it has much stricter guidelines on who can qualify for its health care coverage.

While states have a lot of control over Medicaid eligibility guidelines for their citizens, healthcare law sets out certain groups of people who must be covered, also known as mandatory eligibility groups. For example, low-income families, such as those that apply for food stamps to have access to healthy food, must be covered. Pregnant women who qualify based on their income must also be covered. Children are especially at risk and are often more easily covered, even if the parents do not qualify. If you qualify for Supplemental Security Income (SSI) you are also part of a mandatory eligibility group.

Outside of mandatory eligibility groups, many states choose to commonly cover certain other low-income groups that struggle for basic needs like shelter, healthy food, and other basic needs. This includes those who are currently eligible and receiving Home and Community-Based Services or HCBS. HCBS recipients are those with disabilities or mental illnesses that are choosing to receive care in their home or community versus an institutional setting. Many states also choose to help children in the foster care system that do not qualify for healthcare through other methods.

The Affordable Care Act and Eligibility

The passing of the Affordable Care Act drastically increased the number of people who now qualify for Medicaid through the health insurance marketplace by increasing the percentage of the federal poverty level (FPL) you must remain below to qualify. Coverage in relation to insurance for children felt the greatest increase with a child receiving coverage if they fall below 133 percent of the federal poverty level. Many states are following suit by expanding and providing coverage for adults at the same or similar FPL.

The Affordable Care Act sets eligibility using the Modified Adjusted Gross Income (MAGI) scale. It's important to recognize that the same scale is used to see if you qualify for the Children's Health Insurance Program (CHIP), cost-sharing reductions or health insurance tax credits. Since Medicaid is state-based, the financial eligibility requirements will vary based on where you live. The Healthcare.gov website provides a helpful calculator where you can input your household size, income, and state to see if you may qualify for coverage. You can then choose to move forward and fill out a Medicaid application. Remember that you'll need to fill out a new application each year to see if your financial eligibility has changed.

It's important to note that if you apply for food stamps to provide healthy food for your family or other community services, this will not negatively impact your ability to qualify for Medicaid. The same is true regarding Medicare in that you can qualify for both services through dual eligibility. Keep in mind that Medicaid will always pay out last, but will in most cases make your already cheap health insurance even more affordable. Medicaid plays an important role in the United States in both the treatment and the prevention of illness and disease for those in need. Understanding the eligibility requirements is the first step towards qualifying for coverage. Even if you' re unsure if you'll qualify, it's important to apply anyways as you may still be eligible for some form of benefits.