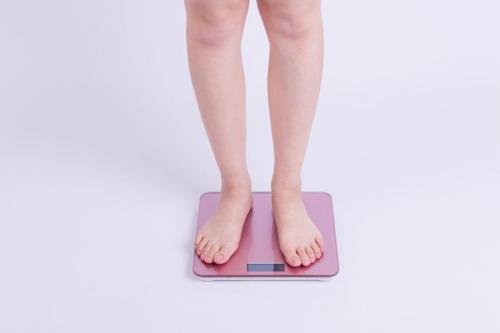 Obesity and cancer are more closely related than previously thought, studies show. It's important to be happy in the skin you're in, but it's also important to find a healthy balance in your everyday life.

Obesity is a huge problem in the United States. It is not just a matter of appearances—it is a matter of health and well-being. Obesity is the direct cause of a number of ailments, including cancer, heart disease, diabetes, strokes and the mechanical breakdown of one's body.

As of 2017, 36.5% of people in the United States are obese, in other words, over one-third of the population. Obesity statistics differ among various demographics like race, region, and gender. If you take a look at places like West Virginia, Louisiana, Alabama, Mississippi, and Arkansas, you'll see some of the highest obesity rates, which can reach nearly 40%. On the other hand, you have some states that are generally pretty healthy and have low obesity rates. States with the lowest obesity rates include Colorado, Massachusetts and Washington D.C—which have rates as low as 20%-25%.

It shouldn't surprise anyone that maintaining a healthy lifestyle can be difficult and expensive. Fast food, soft drinks, and large portions are ingrained in American culture, and that's a problem. When it's cheaper to purchase 2 burgers, fries, and a soda than it is to buy a salad or fruit bowl, it's easy to see why the US consistently ranks among the most obese countries in the world.

People come in all shapes and sizes, and there are legitimate conditions that can affect weight, but it's important to find the balance between being happy with the skin you're in and maintaining your health. This article is in no way an attack on people's weight or lifestyle choices but is here to highlight the growing relationship between two of the biggest killers in the US, obesity, and cancer.

There is a very strong link between obesity and breast cancer, especially. Women who become obese after menopause are at a higher risk of developing breast cancer due to the fact that estrogen levels are raised. Also, obesity causes insulin levels to spike, which is a risk factor for cancer. The same goes for women who are overweight.

It is worth it to look at the obesity-cancer link when looking at other cancers. There is a tendency for obese people to have eating habits that lead to acid reflux. Acid reflux is when stomach acid goes up into the esophagus. Certain foods, like fatty foods, can cause acid reflux to happen. Other things such as mint, spicy foods, chocolate, and onions cause it. Eating a large meal and laying down, as well as not getting proper exercise, are also culprits.

Another obesity-related cancer is renal cancer--cancer of the kidneys. Obesity affects blood pressure, which negatively affects the kidneys. Also, whatever unhealthy things obese people put into their bodies might strengthen that obesity-cancer link when it comes to renal cancer.

One of the more odd-sounding and alarming obesity-related cancers is called meningioma, a type of brain tumor that grows in the membranes that surround the spinal cord and brain. The obesity-cancer link is obvious because obese people are 50% more likely to get this type of cancer.

How To Kick The Risk Of Obesity-Related Cancers

If you want to avoid the cancer risks of being obese, there are a number of ways to improve your health. While it may require some small lifestyle changes, it's a small price to pay to reduce your risk of cancer. One way to start is by getting 20 minutes of exercise 5 times a week or replacing a fast food meal with a healthy, home-cooked option instead. Make sure to talk to your doctor or physician about other ways you can get back in shape, or reduce your risk of developing weight-related diseases.

To help avoid obesity and cancer, it's also wise to think about your mental well-being. Health consists of physical, social and emotional health. Those types of health are broken up into subcategories, and these subcategories differ based on what source you are looking at. Obesity and cancer are looming above people who do not properly tend to their emotional and social needs. Sometimes people are not fulfilled, emotionally and/or socially, so they eat their problems away. Obesity and cancer soon follow.