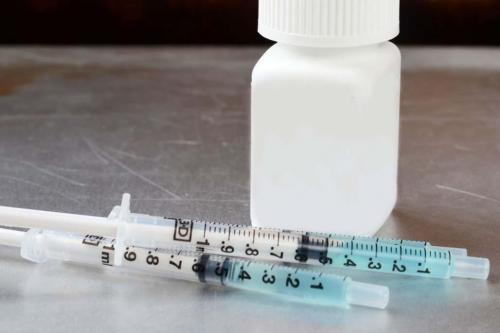 The Food and Drug Administration has approved a painkiller that's a thousand times stronger than morphine; it's called dsuvia. Learn more about this new drug.

The Food and Drug Administration has approved a painkiller that’s a thousand times stronger than morphine; it’s called dsuvia. This painkiller isn’t accessible outside of a hospital in an attempt to keep it from being abused. Dsuvia is a pill that will dissolve under the tongue. Most deaths involving overdoses were due to prescription drugs, so tight restrictions have been placed on this drug. This drug can cause extreme fatigue, problems breathing and put someone in a coma.

The Dangers Of This Drug

Dsuvia is an opioid drug that’s strong enough to relieve extreme pain within a short period of time. The fact that it’s so strong (enough to kill) means it can be seen as dangerous. For this reason, it’s only available within a hospital or the military. This way, it can’t be abused by drug addicts looking for new (maybe easier) ways to get high.

It has been issued a black box warning because of the hazards. Lots of people think the approval of dsuvia will only worsen the opioid problem that exists. It’s not confident that the restrictions this drug is under will prevent drug abusers from finding a way to get ahold of it. It has to be taken with an applicator that delivers one dose, which might keep anyone from accidentally overdosing on it.

This New Painkiller Got Approved

The Food and Drug Association was warned not to approve this new painkiller due to the concerns about abuse. Instead, the pill will become available on the market in 2019. Some people expect several drug overdose deaths once it
becomes available.

The FDA has decided that the pros outweigh the cons. The Department of Defense also likes the idea of this drug as it can be useful to relieve soldiers of any pain from the battlefield. Still, some people say the military has medications that eliminate the need for this drug.

This drug is the result of fifteen years being spent on research to provide better treatment of extreme pain in hospitals. It doesn’t have to be taken using an IV, which means there’s no worrying about not being able to find any veins. This would be a preferred alternative for patients who are afraid of needles.

It can also be an alternative for overweight and elderly people. Patients need to be as pain-free as possible to be able to recover, and this drug is able to provide that pain relief. It’s a step forward for the need for strong and fast painkillers.

Overdosing of opioid medicines causes more than a hundred deaths daily. This country is facing a crisis of people being addicted to and abusing prescriptions drugs such as fentanyl. Dsuvia is ten times stronger than fentanyl and a thousand times stronger than morphine (as mentioned above), which is why so many people are concerned about it being approved.

The number of overdoses from opioid medicines has increased during these last few years, and this drug is expected to contribute more to the crisis. Especially if it manages to end up on the streets. This crisis started out as an unknowingly false reassurance from pharmaceutical companies that opioid medicines were not addictive.

The Needs Of This Drug

This drug was made by AcelRx Pharmaceuticals, a pharmaceutical company in California. People are afraid of this drug being approved since it’s much stronger and more potent than drugs that are already causing overdose deaths.

Pamela Palmer, the co-founder of the company, talks about how much it’s needed. Not all patients are capable of handling an IV, and pills taken by mouth can take time to have an effect. This makes this new drug a perfect alternative as a pain reliever. It’s taken by mouth, dissolves, and starts to have an effect within minutes. A pain relieving drug such as this one has been needed for years, but hasn’t been available until now.