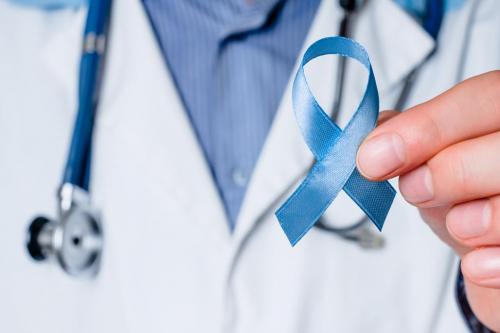 5 Most Common Cancers In Men - Statistics & Symptoms To Look For

While much that surrounds cancer still remains a mystery, research has proven that certain individuals and groups may be at a higher risk of developing the disease. Here are the 5 most common cancers found in men.

Cancer is a set or collection of diseases that produce cells in overdrive and cause your body to have limited function due to the hormonal changes and impediments caused by the tumors that form in different parts of the body. No one knows for certain what causes cancer, or why some cancers seem to be more prevalent in male or females.

However, while doctors and researchers may not know exactly why some cancers occur more in specific groups, they are aware of the statistics, and what you should watch out for. So, here are the 5 most common cancers found in men.

This type of cancer affects the pineal gland (the pineal gland helps to produce potent sperm) and grows tumors that cause a man to have difficulty with urination. As the number one most common cancer in men, here is what you need to know.

Cancer of the prostate has already lead to the death of nearly 30,000 US men in 2018 alone and reported cases of new prostate cancer have already surpassed 150,000. In many cases, the chance of being diagnosed with prostate cancer is slim if you are under 40. Most cases present in older men, generally in their 60’s, and African American men in that age range are at a higher risk of the disease.

The symptoms of this form of cancer mirror infections such as:

But for some patients, there are no symptoms, which can diminish the chances of survival due to cancer not being caught early on.

There are ways to reduce the risk of prostate cancer, but there is no foolproof way to prevent you from developing the disease. Some of the ways you can reduce the risk are the following.

2. Cancer of the Lung

Lung cancer is broken down into three categories, non-small cell cancer, small-cell cancer, and lung cancerous tumor. As the number two most common cancer for men, here’s what you need to know.

Lung-cancer is the leading cause of cancer-related death in men worldwide. In the US alone, nearly 85,000 men have died from lung or bronchial cancer. Most of the cases of Lung cancer present in seniors, with the average age being 70 years old at the time of manifestation. The symptoms of Lung cancer include, but are not limited to the following:

As previously mentioned there are no guaranteed precautions you can take to stop cancer, but here are a few things you can do to help prevent lung cancer or catch it early on:

Colorectal cancer is cancer that affects your colon and rectal area. Polyps form and attach themselves to the lining of the colon and become cancerous. Colorectal cancer isn’t always talked about but it does come in at the third most common cancer affecting men in the US. Here’s what you need to know.

1 in every 22 men will contract colorectal-cancer in the US alone. This type of cancer is rare in young males but has killed nearly 30,000 American men in 2018 alone. The symptoms of colorectal cancer include the following:

Through research, there have been a number of steps you can take to reduce the risk of colorectal cancer. Here’s what you can do:

Your bladder is made up of a few different layers, the fatty layer, muscle, connective tissue, and transitional epithelium. Cancer of the bladder typically begins in the innermost layer, also known as the transitional epithelium, and can potentially grow through additional layers when cells begin to grow uncontrollably. As the number 4 most common cancer in men, here’s what you need to know.

Bladder cancer has taken the lives of nearly 13,000 American men this year alone. Bladder cancer like other cancers attacks the organ it is in and mirrors a lot of the same symptoms as prostate cancer. Two major differences include back pain and blood clots in the urine. Reducing the risk of bladder cancer can only be achieved with yearly checkups to reduce the risk of more advanced stages of the disease.

As with most cancer, there are factors outside of your control that can cause the disease. However, there are some preventive measures you can take to lower your risk of getting bladder cancer, which include:

Melanoma is the most dangerous form of skin cancer. It usually occurs when the skin is exposed to ultraviolet light (sunlight) for extended periods of time, and damages go unrepaired. It can lead to mutations that cause the skin cells to multiply rapidly, forming what are known as malignant tumors. As the fifth most common cancer in men, here’s what you need to know.

Melanoma is a skin cancer and it enters the body by way of cancerous moles. Melanoma in men has killed 6000 men this year and the risk of getting this type of cancer is high due to the amount of time we spend in the sun unprotected. The symptoms of melanoma include

Unlike most cancers, melanoma isn’t considered genetic, meaning there is more you can do to prevent development. Since most cases are caused by unprotected exposure to the sun for extended periods of time, you can do the following: