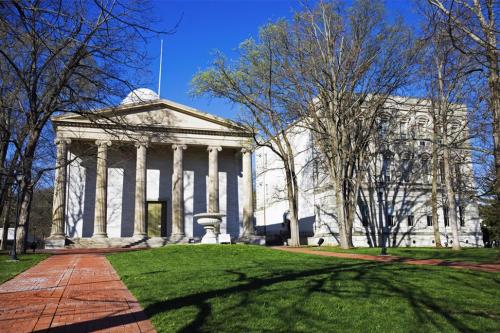 A Federal Judge has just blocked Kentucky’s attempt to require Medicaid recipients to work for their healthcare, overturning a ruling earlier this year by the Trump Administration. Kentucky’s Governor responds.

Working for your healthcare coverage? That is a fact of life for most Americans, but Medicaid remains a lighting bolt in the debate around rising health care costs and the Affordable Care Act (ACA). Unlike Medicare, which is run at the Federal level, Medicaid health plans, as well as Medicaid dental and vision plans, are run jointly by the Federal Government and state governments. This allows states the leeway to remake the programs to fit their particular budgetary needs, populations, and priorities.

Kentucky has been the latest state to try tinkering with the program, but a recent court ruling puts the planned changes in flux. The idea was that Kentucky Medicaid would implement a work requirement, forcing Kentucky Medicaid participants to prove they were working, volunteering, or participating in work training.

The Trump Administration readily agreed to the Kentucky Medicaid work requirement, but the Federal District Court in D.C. ruled the new work requirements were in contravention of Medicaid’s mission to provide medical assistance to the neediest Americans. The Kentucky Medicaid changes are just the first shot in an ongoing battle over the scope and cost of Medicaid health and Medicaid dental and vision programs. Three other states have been approved for their own Medicaid work requirement programs, and seven more such applications are under review by the White House.

The lawsuit was filed by the National Health Law Program, the Kentucky Equal Justice Center, and the Southern Poverty Law Center on behalf of 16 Kentucky Medicaid recipients. The groups are preparing to challenge Medicaid work requirements in every state trying to implement such constraints. The judge in Kentucky’s case ruled that close to a 100,000 Kentuckians would lose coverage, noting that the statistic does not match Medicaid’s intended mission.

The idea of requiring recipients to work has sparked a fiery debate on the value and purpose of Medicaid. Kentucky’s Republican Governor Matt Bevin has said that without the Medicaid work requirement the state will be forced to cut back on the program’s benefits, including Medicaid dental and vision. For Democrats, it is a matter of creating a strong safety net for poor people, without condition. Experts who have been watching the debate closely concede that the work requirements will undoubtedly lead to a reduction in health coverage across the state.

The Trump Administration is all in on the Medicaid work requirement changes, and it was Trump’s own Department of Health and Human Services (HHS) that was the catalyst for this. HHS Secretary Seema Verma made the announcement in January that the administration would allow states to implement the requirements for costly Medicaid health program and Medicaid dental and vision programs.

With such strong support from the White House and HHS, Governor Bevin and his administration have continued, despite the court ruling, to pursue the infrastructure to support the work requirements, with the Governor confident that his proposed changes will be implemented at some point. Kentucky has sunk millions into a new web-based program to allow residents to log work hours, list healthy behaviors, and take online courses.

This all comes as Kentucky experienced one of the largest drops in the uninsured rate anywhere in the country. In 2013, 16.3% of Kentucky’s population had no health coverage, and this number was sitting at 5.1% by 2016. It is a staggering change, and regardless of which side you fall on, 350,000 of the more than 400,000 Kentuckians to have received Medicaid under the expansion are likely to fall under the work requirement obligation. Ultimately, the cases are likely to end up at the Supreme Court, and with the recent retirement of Justice Anthony Kennedy, it is difficult to predict what the final outcome may be.