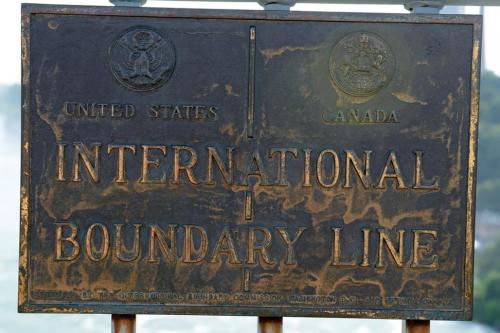 Do Immigrants Actually Subsidize Healthcare For US Citizens?

Politicians often use immigrants as a scapegoat for the failing US healthcare system, pointing to the additional cost of services. However, a new study reveals that immigrants may actually be subsidizing healthcare for US citizens.

If you are under the impression that the US healthcare system is overwhelmed and overused by immigrant populations, you are not alone. 52% of Americans carry the same view.

Polling shows that policies designed to deny undocumented workers access to state and local social services garner even more popular support from across a wide swath of the US population. What is less clear is where these views, despite their popular acceptance, originate.

The political debate and constant media coverage of immigration-related issues may be obvious culprits, and given this divisive rhetoric these viewpoints are perfectly understandable, but the evidence overwhelmingly points in the opposite direction.

Do Immigrants Use More Healthcare Services Than Citizens?

Given the polling on the issue, it may surprise you to learn that a recent study concluded that immigrant communities use far fewer healthcare services than citizens. The results are based on a joint study between Harvard Medical School and Tufts University. Their comprehensive research looked at every peer-reviewed study over two decades’ worth of study on healthcare costs and immigration.

These studies determined that healthcare expenditures on immigrant populations are 50-75% the cost of natural-born US citizens. Even more extreme were their findings involving undocumented workers. These illegal immigrants to the US, so often the bogeyman trumpeted by politicians, make up 12% of the people living in the United States but they receive only 8.6% of total healthcare spending. If you are curious about the reason for this spending disparity, the study pointed to a number of reasons.

Most immigrants arrive to the US at more optimal levels of health than the average American. This is partially a result of coming from younger, and therefore healthier, demographic groups. Likely immigrants, willing to undertake the level of upheaval and stress inherent in such a move, tend to be healthier already.

Are Immigrants Subsidizing The US Healthcare System?

The study found that even on a per capita basis healthcare spending on immigrants, both from the public and private insurance plans was significantly lower than for citizens. This is particularly true as it pertains to the Medicare program.

Immigrants work and pay taxes into the Medicare system, but use fewer such Medicare services. These tax dollars, sourced from immigrant workers, support popular social programs like Medicare.

Outside of taxes, immigrants also paid, on average, higher out-of-pocket costs when accessing medical services; payments that go directly into the US healthcare system. In the end, the data shows that immigrants subsidize US health services both directly and indirectly, by paying more into the system and using fewer services than most US citizens.

Should We Deny Services To Immigrant Families?

With immigrants already arriving at US shores in a healthy condition, it follows, the study concludes, that it is financially beneficial to all Americans to keep immigrants in good health with access to health services. If healthy immigrants encounter barriers to medical treatment, their health will deteriorate to where they do become a more expensive burden on the US healthcare system.

Access to preventative care saves money in the long run. Doctors who work with the immigrant communities fear that the stresses and barricades are now seen within immigration policy, and the angry national conversation on immigration will lead to a deterioration in the health of immigrant populations, creating costly and time-consuming rises in the use of medical services. That is the economic argument to support giving immigrants access to US healthcare services, and it appears to be a sound one.

The medical community also points to a moral and ethical argument for such policies, an argument you may or may not find as convincing. Dr. Julie Linton, a co-chair of the American Academy of Pediatrics’ Immigrant Health Special Interest Group, makes the case for listening to the science and math as well as “shared values” that urge all Americans to view immigrant families with “dignity, compassion, and respect”.