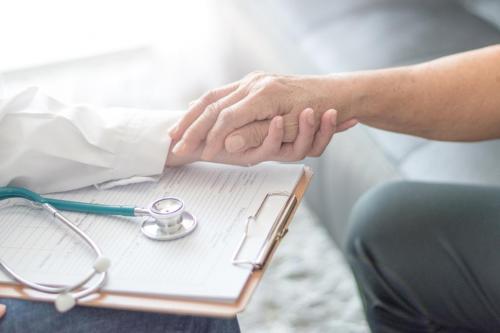 As America’s health insurance industry enters a period of sustained flux, its most successful companies are making plans to innovate for an uncertain future. Humana, the country’s 3rd largest insurer based out of Kentucky, has jumped into the game with its recent acquisitions in the field of hospice care. You may have already read about similar moves as part of a larger trend in the industry. Companies are rapidly adapting to the evolving nature of the industry and the breadth of services it provides.

The hospice field and the larger home health industry are both ripe for the picking. Hospice care, the palliative care you would seek for terminal patients, has been left largely untouched by the flurry of mergers and acquisitions within the larger healthcare industry, until now. Humana has partnered with private investors to fund the purchase of multiple hospice care providers in recent months. First up was the purchase of Kindred Health in December, with Humana taking a 40% slice of that company’s hospice business. Then came Humana’s announcement in April that they were finalizing a deal to purchase Curo.

Curo is a massive player in hospice care, with almost 250 facilities providing hospice treatment for terminal patients in more than 20 states. If you are looking for a hospice provider, Humana will soon be the biggest player in the country. The company plans to merge Kindred and Curo into a single, massive hospice care company, maintaining a 40% ownership stake in its new subsidiary business.

The series of strategic moves by Humana fit within the company’s large and growing Medicare Advantage division. The insurer is well primed to funnel its population of seniors towards its new hospice care providers. The entire insurance industry is now moving towards more integration, particularly as its population of customers continues to age. This gives insurers the breadth and resources to expand their services, and profits, in a holistic way, by uniting their customers with their care, under one, united umbrella.

If you aren’t familiar with hospice, it is a form of healthcare that focuses not on treating terminal patients, but simply alleviating their pain. Patients are generally removed from the sterile hospital setting and allowed to return home, or to a more comfortable facility designed with hospice patients in mind.

Hospice care empowers patients to take control of their final days and has a number of benefits for the patient, as well as loved ones. It is considered by many experts to be the most humane form of treatment for those facing terminal conditions; appropriate for a company named Humana.