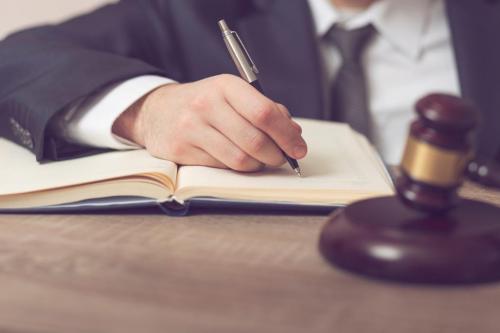 How Would The "TrumpCare" Bill Change Obamacare?

How will the GOP Healthcare Bill affect you? Find out what potential changes could have the biggest impact on Americans.

In a swift and surprising sequence of events, the U.S. House of Representatives, led by Paul Ryan, were able to come together to pass their long awaited repeal and replace Obamacare. The news of the successful vote has been the main topic of discussion in many media outlets, in part because of President Trump’s involvement, both on and off Twitter. Trump has long referred to Obamacare as not only being a lie but also as “already dead.” Politics aside, how could this new healthcare bill differ from Obamacare? One thing is for sure, the American people are more interested in how the bill will personally affect their lives, not the upcoming campaigns of politicians.

Here’s a breakdown of what is likely to change under the GOP’s proposed health care reform:

Rather than provide tax credits based on income level, the GOP will instead provide refundable credits based on age. The idea of this change is to make what a person pays for health care more proportionate to how much care their age group typically requires. For example, a 22-year-old would receive less in tax credits than a 63-year-old.

This has been one of the most controversial aspects of the GOP Bill. Under this proposal, states would essentially have the option of opting out of the current requirement that a company cannot deny coverage due to a pre-existing condition. States will also be able to seek waivers that would allow companies to sell plans that do not cover Obamacare’s Essential Health Benefit protections. 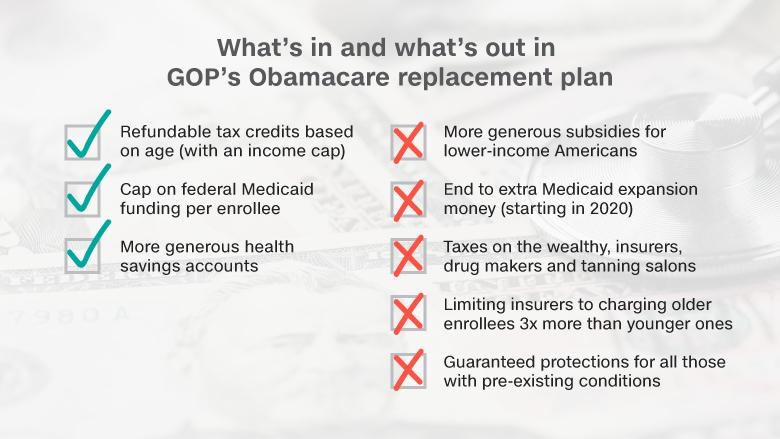 Under Obamacare, companies could charge older enrollees 3x more than younger citizens. The GOP plan would enable a 5x increase in premiums, which would cause a rate hike for older policy holders, yet likely lowering premiums for younger folks.

Wealthy Americans would no longer pay a tax levied on them to help support Obamacare subsidies. There would also be a tax for insurers and prescription drug makers.