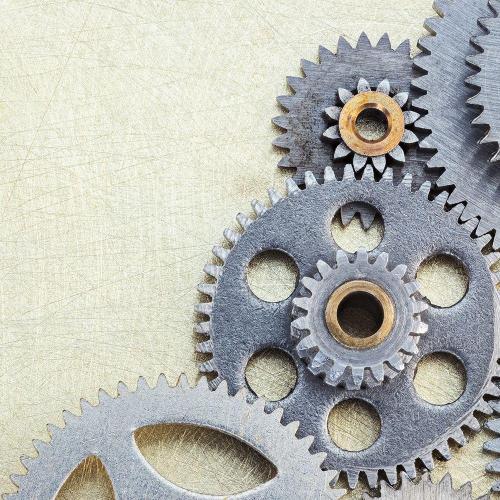 Find out how your health insurance deductible works with simple examples.

Unlike the single-payer (the government) model used in countries such as the United Kingdom and Canada, the American health insurance system is based on the idea of cost sharing. This cost-sharing concept takes several different forms such as copays, premiums, and the trusty health insurance deductible. It’s the latter we’d like to talk about, as it has been a cause of confusion and vexation for citizens over the years, especially in light of the eternal search for affordable health insurance. Let’s pull back the curtain and take a look at what a health deductible is and how it functions in the overall health insurance system.

At first glance, the health insurance deductible is a simple idea. This is a number, let’s say $1,500, that represents an amount of annual eligible medical expenses you must personally pay for before any sort of insurance coverage kicks in. Note the word ‘eligible’ in the preceding sentence. As you might expect, not every single dollar you pay towards medical treatment falls into the eligible category. The copays you pay your family doctor are normally not counted as part of the deductible. Still, in a perfect world, which earth is definitely not, the first $1,500 are paid by the insured as a health insurance deductible, and then the actual insurance coverage kicks in.

The good news is that you do have some control over what your health deductible is. If you’re in relatively good health and don’t expect to have many medical expenses for the foreseeable future, you might choose to pay a higher deductible in return for a lower monthly premium. This is one way to create your own affordable health insurance plan. For example, choosing a $5,000 deductible yields a more palatable monthly premium that would likely be hundreds of dollars cheaper than the $1,500 example from earlier.

From the consumer perspective, a high deductible is intended to offer some sort of financial protection in the event of unexpected events like a car wreck or heart attack. You’re playing the odds and assuming more risk in return for monthly savings. The converse is also true. If you find yourself frequently in the doctor’s office, you might prefer to pay a higher monthly premium in return for a lower deductible.

What a Deductible Isn’t

As we already mentioned, not every medical service requires a payment in full that counts toward your deductible. Most plans in the health insurance marketplace completely cover certain preventative services like flu shots or screening tests and will provide insurance coverage for prescription drugs before the health insurance deductible is met in full. That’s why you don’t have to pay the entire price of your expensive drug on January 1 but are only responsible for whatever portion called for in your insurance plan.

After the Deductible It’s a Free Ride (Not)

In the American system, only a percentage of medical expenses are covered after the deductible is met. The insured is responsible for the rest. This is the idea of coinsurance. The normal percentage that you will be left to pay after the insurance is applied ranges from 10 to 30%, depending on your exact plan. At this point, it might help to look at a quick example of how the deductible and coinsurance work together in this beautiful mess of a healthcare system.

Let’s say you undergo a total knee replacement on Jan 1. You have a $1,500 deductible, are responsible for 10% through coinsurance, and the total surgical bill is $30,000. Subtract the deductible from the total and you’re left with $28,500. Your insurance company is responsible for 90% of that, leaving you with an outstanding bill of $2,850.

The final thing to consider is what if your coinsurance rate was 30% rather than 10%? Ouch. That would mean your final surgical bill would be $8,550. To be honest, more people might fall into this category than the 10% example. Obviously, the insurance company is going to do their best to be responsible for as little of the total as government regulations and human decency allow. Luckily, there is an out-of-pocket maximum (currently $6,350 for an individual in marketplace plans) beyond which you pay nothing.

Hopefully, this discussion made the concept of the health insurance deductible and its place in our healthcare system more clear. The thing to keep in mind is that it is the upfront cost of medical care that you are required to pay for the full insurance benefits kick in. As the politicians continue to play with the particulars of the system, it behooves all of us to pay attention to what’s going on in Washington DC. It almost certainly will affect your pocketbook eventually.