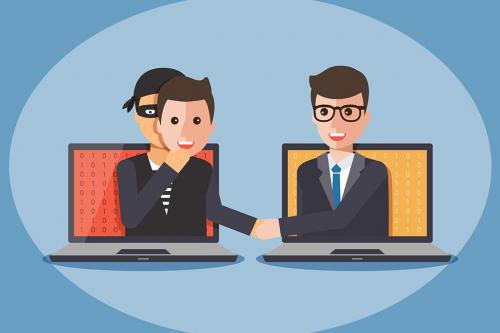 Healthcare fraud and abuse don’t just affect consumers, but health insurance companies as well. Learn how to protect yourself from overpaying, and how healthcare providers are fighting back against false claims.

When you think of fraud, you envision companies and organizations scheming to take money from hard-working people. In fact, if you search for the term ‘fraud,’ the results will be littered with scummy salesmen, doctors, and pyramid schemes that con people out of millions of dollars each year. However, when it comes to healthcare fraud and abuse, the script gets flipped because it’s not just consumers who are victims, but companies as well.

What Is Healthcare Fraud and Abuse?

Health care fraud and abuse occur when false or fraudulent information is submitted to a healthcare company to profit from the claim. This might mean getting monetary benefits that are underserved, or it can be getting services covered that you actually do not need. There can be many different perpetrators of this type of fraud, including:

The healthcare industry doesn’t take this fraud lightly. Many insurance companies will use a healthcare fraud investigator to get to the bottom of any false claims and stop healthcare fraud before it can cost them millions.

Examples Of Fraud And Abuse In Healthcare

Healthcare fraud and abuse can take many forms. As scammers grow bolder and more creative, they come up with more ways to try and abuse the system and get more false claims approved. Some of the abuses of the system that health care providers might perpetrate include:

Kickbacks, where one provider refers a patient to another doctor and receives money in return, are a large issue for insurers and a form of healthcare fraud and abuse.

Stark Law, a set of laws set up in the late 1980’s, make these kinds of kickbacks unlawful. Under Stark Law, doctors are prohibited from referring a patient to anyone they have a financial relationship with. There are many exceptions to the rule, and dishonest providers may try to use these exceptions to get around Stark Law and submit fraudulent claims. However, should a healthcare fraud investigator find these claims suspicious, they can result in fines and jail time.

Healthcare fraud and abuse from patients is also common and can include things like:

How Prevalent Is The Problem?

Healthcare fraud is a large problem that is sometimes tied to identity theft because scammers need a person’s personal information in order to use their insurance coverage. There are many criminals who make a living from these kinds of scams, sometimes leaving victims financially ruined before they even know they have been a target of healthcare fraud. Experts estimate that more than $54 billion in medical benefits are stolen from insured people each year.

Fraud cases can carry serious consequences for the perpetrators. Insurance companies may work with lawyers and a healthcare fraud investigator to prosecute anyone who files a claim that isn’t valid. State laws vary as to how these kinds of offenses are handled, but in many states, there are statutes that deal specifically with healthcare abuse and fraud.

Perpetrators can face fines and jail times for these crimes. Under the law, anyone who provides a false statement to help another person commit health insurance fraud is also guilty of fraud. This means that anyone who lies to a healthcare fraud investigator to protect someone else can become guilty by association.

The best way to prevent yourself from becoming a victim of health care abuse is to be aware of your insurance policy and benefits. At a minimum, you should be aware of how much your co-payment cost is and what deductible you have to meet before benefits kick in. This will help prevent you from overpaying for medical services out-of-pocket when you visit a new doctor.

Pay attention to your insurance statements and report any claims that you do not recognize. Being proactive can help prevent scammers from using your information multiple times. It will also stop them from creating a paper trail of false diagnoses under your name.