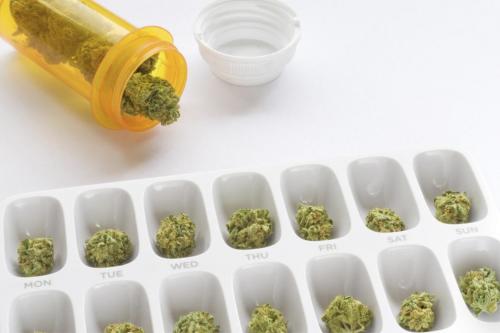 Health studies and research has shown the multiple benefits marijuana and CBD oil can have when used for medicinal purposes, but the question still remains, will you health insurance cover either?

Knowing if a particular health insurance plan covers medical marijuana is important for those who rely on the drug to treat certain medical conditions. Being able to access this type of treatment can be crucial for individuals struggling with a wide range of physical, mental, and emotional issues. Furthermore, understanding whether or not your coverage includes medical marijuana can help you budget appropriately and make sure that you’re able to receive the treatment you need in a cost-effective manner.

Debates have gone on for years about the use of marijuana in medical treatments. Some states have gotten on board with approving marijuana for recreational use, medical use, or both. However, having it actually be covered by the various health insurance plans offered throughout the nation remains a topic of discussion, support, and controversy.

About Your Health Insurance Plan and General Coverage

Much of what your health insurance plan covers depends on the plan itself. Concerning medications, it is up to you to find out which ones are covered under the plan that you have. Typically, once enrolled in a plan, they send out additional information, including both brand-name and generic medications that are covered.

What is Medical Marijuana?

Before we dive into how health insurance plans handle medical marijuana, let’s touch on exactly what it is. To put the definition simply, medical marijuana is marijuana that is used in the treatment of certain ailments or as a means to alleviate symptoms from injuries or diseases.

There has been research done in an effort to prove the benefits and possible side-effects of this form of treatment, but not enough in the eyes of some. Even so, medical marijuana has grown in popularity, especially in children with life-altering or terminal illnesses. However, that has not ended any controversy surrounding the medicinal uses of marijuana.

Cannabidiol (CBD) is a natural compound found in the cannabis plant. It works alongside the other compounds (cannabinoids), one of which is the most recognized out of the bunch: delta-9 tetrahydrocannabinol (THC).

However, unlike with THC, CBD is the most non-psychoactive compound marijuana has. In other words, it does not alter your mindset or give you the “high” that THC does. It is one of the reasons why CBD is more attractive in terms of medical use.

One thing that might confuse individuals is that most of the CBD oil found for medical use is extracted not from marijuana, but from hemp. Although marijuana and hemp hail from the same cannabis sativa plant, the two are different; hemp usually lacks the modification seen in marijuana plants.

When it comes to CBD oil, several studies have proven the benefits of its use in medical treatments. For example, it can affect pain as well as inflammation. The health benefits, coupled with its lack of psychoactive abilities, is why some states have come around to approve of CBD oil even if they do not approve of recreational marijuana or medical marijuana.

In Which States is Medical Marijuana Available?

Generally, health insurance does not cover medical marijuana as the drug is still considered illegal according to federal law. However, there are certain cases in which certain insurance companies and states may provide coverage or subsidies. For example, some state-run programs in California, Washington and New Mexico have been established that allow qualifying patients to receive reimbursement for the cost of their medical marijuana products. Additionally, some private insurance companies may provide coverage on a case-by-case basis in states that have legalized medicinal use of cannabis.

With some of the states across the nation coming around to approving the use of CBD oil or medical cannabis, the fight for legality in general wages on. Many states have tried to pull off legislation concerning the issue. In 2017, over a dozen states had ballot measures focusing on it.

Whether states approve it or not, a primary concern those who are looking into or are already receiving a form of medical cannabis treatment have is paying for it. Health insurance can get expensive in its own right.

As of now, medical marijuana itself is not covered by health insurance. This is due to the fact that cannabis is still classified at the federal level as a Schedule 1 controlled substance. Anything that is Schedule 1 cannot be legally prescribed. As such, in spite of several states approving the use of cannabis in medical treatments, patients have to pay for it out-of-pocket.

Additionally, health insurance companies look for clinically researched drugs when determining what to cover. In spite of the various studies and personal anecdotes about the benefits of medical cannabis, there is still a lack of firm clinical reports.

Medicare does not typically cover FDA-approved cannabinoid-based medications, as they are still considered to be a Schedule I controlled substance. However, certain states may have programs in place that allow for reimbursement of these types of drugs. Additionally, some private insurance companies may offer coverage on a case-by-case basis in states that have legalized medicinal use of cannabis.