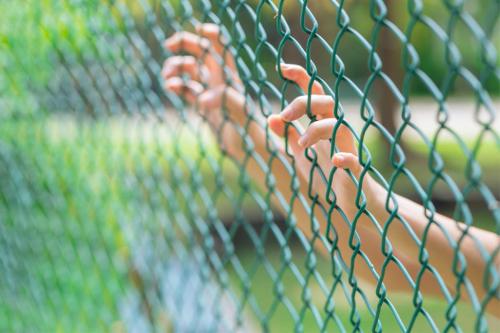 The Trump administration’s new policy that separate’s immigrant children from their parents may be causing irreparable psychological and physical harm. Here’s what being separated from family can mean for a child’s overall health.

There is no shortage of concern over children’s health in the United States. From CHIP funding cuts to unregulated prescription drug costs, our children are paying the price of frequent changes to legislation concerning health care and health insurance. Mix in a current-day policy of immigrant children being separated from their parents while crossing into the U.S., and we have a recipe for crisis. What does this crisis mean for the future of immigrant children?

It could be expected that immigrant children may have physical health issues when they enter the country, but you may be surprised to know that the act of being separated from their parents alone can cause health issues that may have a lifetime effect on these children.

Children exposed to extreme psychological stress suffer into adulthood. As reported here, American Academy of Pediatrics (AAP) President Colleen Kraft, children can suffer respiratory issues, have higher instances of being overweight and developing cancer, and experience mental issues as well. These children have demonstrated predisposes to drug and alcohol use, poor mental health, and delays in brain development. This is enough to take pause and assess the current situation – children are suffering irreparable damage at our US borders without a plan for their care and/or recovery.

According to a study published by the US National Library of Medicine, children under the age of 5 who are separated from their parents for extended periods of time are more likely to suffer borderline personality disorder as they age into the teen years and into adulthood. Borderline personality disorder is defined by the National Institute of Mental Health as “a mental illness marked by an ongoing pattern of varying moods, self-image, and behavior that often result in impulsive actions and problems in relationships.” These children are suffering extreme psychological effects that can’t be measured until years later, when they experience a mental health crisis. Children younger than 2 suffer insecurity and attachment disorders as they age.

Importance Of Family In Child Development

Children thrive when they are in secure, stable family environments, regardless of the family unit or family dwelling. The place in which a child lives may not change their brain development, mental health status, or sense of security, whereas an unhealthy living space can cause respiratory and other health issues. However, these immigrant families seeking asylum aren’t concerned about where they live. They literally come with nothing but each other. For families to be separated in a new country, speaking a different language, and not being able to have child-parent contact, the major concern is the mental health of the children.

When a child misses a parent and cries, they expect to be soothed by the parent. The longer it takes for the parent to respond, the less the child comes to expect and trust the parent. Days that turn into weeks that turn into months train a child’s brain not to trust. This puts an unnecessary strain on a child’s brain to take care of their own needs – something a child is just not developmentally capable of. This pattern stays with the child into their teen years, when they may attempt to meet their emotional needs with drugs and/or alcohol. They are more likely to have difficulty forming relationships, remaining attentive in school, and obeying the law. As they become adults they may have trouble gaining and keeping steady employment, satisfying financial obligations, and raising successful children.

As you can see, the harm that is caused by separating immigrant children from their parents is so much more than an upset kid who wants their mom. Children cannot make a choice to move to another country for their safety. Families are seeking a better life in the United States, and the children are becoming collateral damage. The children are at high risk of suffering physical and mental illnesses that will affect them for the rest of their lives. The expense of separating immigrant children from their parents is just too great. We must look ahead to their futures. If they are granted asylum and become residents of the United States, we will have a responsibility to their health care and mental health care. If granted asylum or temporary status, our health insurance policies will look to provide coverage. Children need to be cared for, and the best caregivers for them are their own parents.