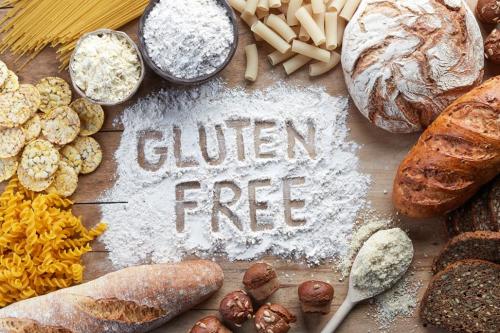 What started as dietary restrictions for some, turned into a fad for many. Going gluten-free was originally meant to help people with celiac disease, but find out why it’s become the latest trend in health.

One of the latest fads is the gluten-free diet. This has been made possible because food manufacturers are offering more glutenless foods. A gluten-free diet is primarily meant for people with celiac disease, but also might have some health benefits for others. Let’s take a deeper look into the increasingly popular diet, along with the advantages and disadvantages that come along with it.

Gluten, the Latin term for glue, is found in barley, oats, rye and wheat. It’s actually the element that gives dough its elastic, soft, and chewy texture.

Originally, gluten-free food products were made available to those who had various dietary limitations, most commonly people living with celiac disease. Eventually, food manufacturers sought to expand the market for glutenless food products to make them more profitable. They extolled gluten-free benefits in their advertising, marketing, and commercials.

The New York Times has claimed that the gluten-free diet fad is similar to what happened with the Atkins, Paleo, or Scarsdale diets. As more Americans become obese, they are looking for new and innovative ways to lose weight. Already, Americans eat a lot of carbohydrates, which some blame for high obesity rates.

Food starch (including gluten) is added to many cakes, fried foods, and processed foods to improve texture. Therefore, there is a natural inclination to associate high levels of gluten with the artificial flavoring and preservatives that make processed foods so fattening. Now, gluten has become the latest scapegoat for obesity.

What Does It Mean To Be Gluten-Free?

For a food to be classified as gluten-free, it must satisfy any of the following three characteristics:

Since gluten is found primarily in barley, oats, rye, and wheat, eating other foods makes you gluten-free. In fact, corn and rice are two popular foods that don’t contain gluten naturally. Or, gluten might be removed during the processing of the aforementioned grains. The third instance is when food starch is not added.

What Is Celiac Disease?

Unfortunately, some individuals suffer from an autoimmune disorder called celiac disease. The Celiac Disease Foundation has stated that celiac occurs in genetically predisposed people. The foundation estimates that 1 in 100 people are impacted worldwide, including 2 million undiagnosed Americans.

The aforementioned suggestion that some Americans are “undiagnosed” might cause many to worry. How can you know if you have this serious autoimmune disorder? These are the symptoms of celiac disease, according to WebMD:

As you can see, many symptoms are similar to indigestion. Initially, you might feel like something did not agree with your stomach, but should you be worried that it is more serious? WebMD admits that the vast majority of people with this disorder never know they have it.

Therefore, some gluten-free benefits might include health protection for those who might have a disease, but don’t know it. Those who promote the gluten-free diet fad will suggest that you can feel healthier, have fewer stomach problems and increased energy levels.

Others believe that some cancers can be avoided by becoming gluten-free. Or, that you can lose weight more easily without gluten.

Some risks of being gluten-free include having difficulty producing probiotics. Probiotics are the good bacteria that your body uses in your saliva, stomach, and intestines to digest food. You might need to find other foods, such as milks or yogurt, to replace these probiotics.

You also might miss out on some of the most beneficial elements of whole wheat. For example, grains have superior anti-inflammatory and antioxidant properties. Wheat is also a good source of dietary fiber. Fortunately, you can add fruits and vegetables to help with digestion.

You might also be deprived of some essential nutrients by avoiding grains altogether. For example, calcium, niacin, riboflavin, and thiamin are plentiful in gluten rich foods. Fortunately, many fruits, vegetables and meats include these important nutrients. Since grain is such a key element of Western diets, you will need to find a suitable replacement. The wheat grain bran, germ and endosperm combine to make you feel full.

You can go with corn and rice, which are both free of gluten, but you might find yourself eating more food to feel full. Ironically, this could lead to weight gain. A potential substitution is an Asian stir fry. This allow you to have a good mixture of food groups. Most Asian stir fry qualifies as being gluten-free.