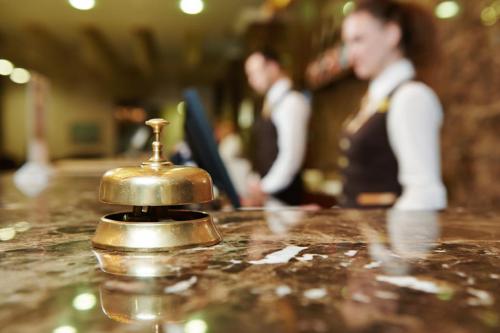 Have you ever dreamed of paying a flat fee for doctor visits? What about making same-day appointments to see your physician? Concierge medicine allows you to do both. Meet the future of healthcare.

More Americans are looking for alternatives to traditional health insurance, and who can blame them. With each passing year, health insurance premiums see a sharp increase in price, and every politician who has promised to fix the system has failed to do so. A quick fix doesn’t look like it will present itself in the near future either, which has given traction to a rising healthcare trend known as concierge medicine, sometimes referred to as direct care.

What Is Concierge Medicine?

Concierge medicine is a direct relationship between patient and physician that cuts out the middleman, in this case, health insurance companies. Rather than paying a health insurance company, patients pay their physician or medical provider directly, often in the form of annual fee or retainer. The annual fee or retainer may require additional charges for certain services.

Concierge medicine has gained popularity because it reduces the burden of healthcare for most by eliminating the administrative, marketing, and other overhead costs associated with expensive health insurance. Concierge medicine doesn’t only save patients money, it also helps them establish a trusting relationship with their physician, while at the same time allowing physicians to shift their focus to providing better overall care.

The concept for membership medical practices can be traced back to 1996 when MD2 (MD squared) began charging patients an annual retainer fee of $13,200 for individuals, and $20,000 for families. Dr. Howard Maron and Scott Hall were the masterminds behind the new approach to healthcare, and although it wasn’t initially referred to as concierge care, the two are largely credited for coming up with the idea.

In 2000, only 4 years later, MDVIP was founded in Boca Raton, Florida. MDVIP embraced the concierge medicine model and is now considered the largest network for direct care. The MDVIP website states their, “approach to medicine is personalized and puts you first,” and boasts over 900 primary doctors, and over 280,000 patients.

Concierge medicine is sometimes referred to as ‘Fee for Care’ because that’s essentially what it is. A patient pays a fee each month, quarter, or year, and then has unlimited access to their physician or medical provider.

The fee typically covers most medical services such as preventive care, wellness checkups, and most other services offered by your medical provider. However, many concierge medical practices will have additional fees for medical services that are not offered by the practice. For example, if x rays need to be taken or lab work needs to be done, patients may need to pay extra.

If the concierge medicine model is still confusing, let’s take a look at this real-world example. Carol decides health insurance is too expensive. She decides that for her situation, concierge medicine is a more cost-effective approach to healthcare, and finds a local concierge practice.

In order to become a member, Carol needs to pay an annual fee of $7,500. With that fee, Carol will have access to all the medical services offered by the concierge practice. That includes preventive services, wellness checkups, same day appointment setting, online and phone consultations, and no wait times. However, not included in that fee is vaccinations, x-rays, specialist care, and lab work.

Throughout the year, Carol makes several preventive care appointments, and doesn’t have to pay out-of-pocket for any of them. However, later in the year, Carol suffers a broken leg and makes an appointment with her physician. The physician orders an x-ray to make a diagnosis, and unfortunately, x-rays aren’t covered under the retainer fee.

Thankfully, the physician and Carol are able to work out a negotiated rate for the x-ray. Even though Carol has to pay in cash, she does not have to go through the pain of submitting claims and avoids inflated healthcare costs that occur when third-party health insurance providers are involved.

How Much Does Concierge Medicine Cost?

In 2017, the New York Times released an article that gave support to the notion that concierge medicine is reserved for the elite. The news piece focused on a handful of wealthy Americans who pay anywhere from $40,000 to $80,000 for access to the best physicians and medical professionals. However, the article was a bit misleading, because while it’s true, some private physicians may charge an exorbitant retainer fee, there are plenty of more affordable options.

Cost typically depends on the physician, how many individuals or families have the physician on retainer, medical history, age, and overhead costs associated with running the practice. According to The Knope Clinic, you can find pay as little as $39 a month. But, just like the elite physicians, finding a concierge practice for that little is a rarity. For concierge medicine, on average, expect to pay anywhere from $1,500 to $15,000 annually.

Health insurance premiums can be tax deductible if certain conditions are met. The same goes for concierge medical expenses. Currently, if your healthcare costs are come out to more than 7.5% of your income, you may be able to apply your healthcare expenses to your tax deductions. Though, under President Trump, that number may be jumping up to 10%.

Can You Use Your Flexible Spending Account (FSA) For Concierge Medical Costs?

That depends, the answer is a bit complicated. First, it’s important to understand what FSAs can be used for.

Flexible Spending Accounts are specialized accounts that you and your employer can deposit untaxed funds into. The catch is that these funds can only be used to pay for medical expenses. That means in order to use the FSA funds to pay for your healthcare costs, you must actually receive medical services.

Is Concierge Medicine Covered By Medicare?

No, unfortunately not. According to the official Medicare government site, concierge care is not covered under Medicare. Certain medical services may be covered by your Medicare, and concierge physicians must adhere to all Medicare rules, but you will pay 100% of your concierge retainer fee.

Like every product or service, it may not be suitable for everyone. There are definitely advantages to having a physician on retainer, but that doesn’t mean there aren’t disadvantages as well. If you’re considering switching over to a concierge medicine model, here are some of the pros and cons you should take into account before making any decisions.

Are Concierge Practices The Future Of Medicine?

With the rising cost of healthcare in the US, concierge medicine may be the remedy. First, eliminating health insurance companies altogether would greatly reduce healthcare costs, and giving physicians fewer patients to serve would provide better all-around care.

It’s hard to say if concierge medicine is the solution to the broken US healthcare system, but it is definitely something worth exploring. While concierge medicine is gaining popularity, the model would eventually price out Americans who can’t afford the retainer fee and create a shortage of physicians.