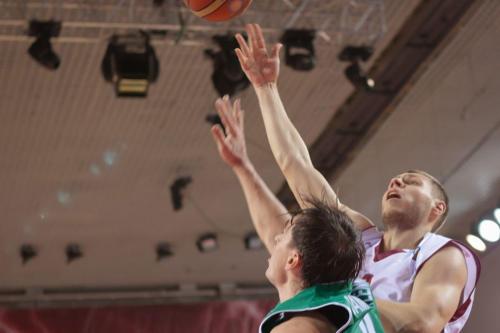 March Madness is here, and that means college sports are back in the national spotlight. While the conversation surrounding student athletes getting paid has been dominating the headlines, let's take a look at health insurance for college athletes.

It's that time of year again, where the stadium lights are going to shine brightest on the nation's best collegiate athletes. March Madness is just around the corner, and that means the country will be shifting their focus to their TV sets, and tournament brackets. This year, the world of college sports has been littered with scandals and investigations, and we've even seen the downfall of some of the greatest coaches to step on the court.

The debate surrounding college athletes always seems to take over the sports headlines year after year, but nothing has been done about it. That may change in the coming year, which it should, but that is a conversation for a different day. Right now, there is something a little more pressing that needs to be addressed, health insurance for student athletes.

College Sports With The Most Injuries

Anyone who is an athlete or plays a sport knows of the risk involved. When you exert yourself, pushing your body to the limit to attain peak physical performance, you're opening yourself up to sports related injuries. Parents know this, coaches know this, even players know, but that's just the risk you take when chasing your dreams to play the sport you love professionally.

Sports injuries are prevalent at every level of play, and that includes high school, college, and the professional level. In fact, the Centers for Disease Control and Prevention (CDC) collected data from 2009 through 2014 and took a look at the sheer number of injuries suffered by college athletes, and the numbers were staggering.

From the 2009-2010 season through the 2013-2014 season, the CDC estimates there were approximately 1,053,73 sports related injuries among collegiate athletes. However, not all sports are created equal when it comes to injuries, so let's breakdown college athlete injury statistics a little further.

Do College Athletes Pay For Their Own Injuries?

The NCAA requires student athletes to have health coverage, but member schools are not required to offer health insurance to their college athletes. While some schools do choose to pick up the medical bill for sports related injuries, by in large, athletes will find themselves paying out-of-pocket for any injury related costs.

The NCAA does have certain plans in place that can help athletes pay for expensive medical bills, but those plans would be considered laughable by many.

Do Student Athletes Get Any Type Of Insurance Coverage?

Student athletes have the ability to apply for coverage in certain circumstances, but those circumstances are far and few between. Like any major business, the NCAA wants to protect their greatest athletes, because that's where the money comes from. So, certain students will actually get their medical expenses paid for in full, but for the most part, athletes will have access to what the NCAA calls catastrophic health insurance. If you're unfamiliar with the term, you can read about it here.

Catastrophic coverage is a bare-bones health insurance plan that covers very little and forces you to pay high out-of-pocket costs. While these plans may be good for younger, healthier people who may struggle to afford health insurance, for student athletes, this isn't a plan that makes sense.

The NCAA has an out-of-pocket maximum for all eligible student athletes, but those benefits don't kick in until $90,000 is paid out-of-pocket. If you though your deductible was expensive, try being 18-22 years old, and having nearly $100,000 in debt.

Exceptional College-Athlete Disability Insurance (ESDI), is available for certain players. However, athletes have to meet certain eligibility requirements, and you would still have to pay for your ESDI coverage.

According to the NCAA official website, the ESDI program began in 1990 and was only available to men’s basketball and football players who had the potential to grow pro. It was later expanded to include men’s baseball and hockey, and in 1998, the program finally became available for women’s basketball players.

If the NCAA really wants to put student athletes first, they still have a long way to go. The NCAA is a multi-billion dollar association and more than has the means to take care of its college athletes. While paying players is a conversation for another day, offering reimbursement for medical expenses from sports related injuries should be a conversation for today.