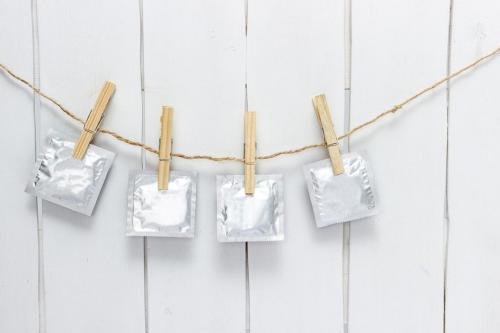 CDC Message For The Public: Stop Washing Your Condoms For Reuse

The US Centers for Disease Control usually issues health warnings when dangerous trends begin to pick up steam. Their most recent tweet is a bit shocking, to say the least.

If you never thought to wash and reuse an old condom, you are probably not alone, but enough people are reusing condoms that the US Centers for Disease Control (CDC) felt it necessary to issue a warning on the practice. Washing condoms and reusing condoms is, apparently, a real issue.

The CDC’s recent tweet on the matter, a reminder that people, in fact, use this form of recycled protection more than you may think, is an important reminder that a “fresh” condom should be used for each sexual encounter or act.

As the CDC points out, a condom is the best form of protection against sexually transmitted disease (STD) for sexually active individuals, regardless of the type of sex you are participating in. A condom acts as a barrier to prevent you from getting an infection, as well as stopping you from sharing any infections you may already have, known or unknown, with your partner. The most common STDs, things like chlamydia, gonorrhea, syphilis, and even HIV, are highly preventable when safe sex is practiced with a condom that is used properly and only once.

Are People Really Washing Their Condoms?

As odd as this practice may sound to you, the CDC stated that they are addressing the issue because people are actually using this as a form of protection. Sexually active people, wishing to save money, are washing condoms, hanging them up to dry, and then reusing condoms the next time they have sex. It is highly doubtful the CDC, with any number of issues and diseases to focus on, would issue a statement if the organization did not feel the subject matter was important to the health of the population.

The cost of a box of condoms may be part of the issue, and there is also the matter of participating in multiple sex acts in a single sexual encounter. The added time and cost of using a new condom may be a distraction that someone people are willing to forego.

What Are The Dangers Of Reusing Washed Condoms?

If you are wondering what the harm is in reusing condoms, CDC epidemiologists have stated that these practices cause a breakdown of the latex material that can lead to slipping, leaking or a rupturing of the condom itself. Furthermore washing condoms, even with soap and water, does not eliminate all of the microorganisms that are picked up during various forms of sex.

When diseases like HIV are transmitted despite safe sex practices, it is often because, despite using protection, a condom was used incorrectly, or, as the case may be, the condom was washed, dried, and reused.

If the cost of a condom is a deterrent, rather then reusing condoms, there are also places to go for a subsidized or free supply. If you stop by local Health departments, doctor’s office, university health center, or non-profit clinic, you can usually get obtain a condom at little or no cost. They are also always free at Planned Parenthood facilities. These are all smarter options then washing condoms and reusing them.

Are There Reusable Condoms?

While a quick search on Amazon can find a rubber condom that is labeled as reusable, these are generally packaged for their enhanced pleasurable qualities and should not be considered safe forms of precaution. The CDC advises anyone who is sexually active to only use latex and polyurethane condoms, and never to reuse. These are the only type of condom known to prevent and reduce pregnancy and STD.