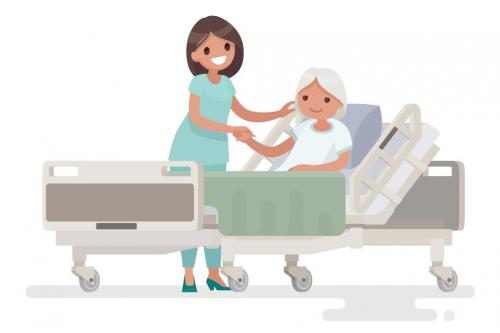 Presidential candidate Bernie Sanders’s healthcare plan is perhaps the most controversial proposal to date in the US, but would eliminate medical debt for Americans.

One of the biggest concerns for Americans, particularly as the Affordable Care Act is being challenged and torn apart by the Trump Administration, is how to provide healthcare for all.

Republicans in general favor healthcare only for people who can afford it, while Democrats such as Senator Bernie Sanders, one of the top Presidential Candidates for the next election, favor access for healthcare for all.

With the average family spending $8,200 per year, about 11% of their income, on healthcare (assuming the family pulls in about $78,000 per year), the percentage can skyrocket if a family makes less, or has someone with major healthcare issues such as cancer. Medical bills of 30%, 40%, and 50% or higher of household income are not uncommon.

Senator Bernie Sanders, noting that many Western countries provide Universal Healthcare for their citizens, regardless of income, wants to bring some common sense and compassion to the healthcare sector in the U.S.

Who is Bernie Sanders?

Bernie Sanders was born in Brooklyn, New York, and was educated at the University of Chicago, which early on influenced his strong beliefs about combatting equality within the US. Bernie Sanders moved to Vermont in 1968, where he became Mayor of Burlington in 1981. He was subsequently reelected three times.

In 1990, Bernie Sanders was elected to the House of Representatives from Vermont’s at-large district. It was there he served for 16 years before being elected to the Senate in 2006, 2012, and again in 2018 (a position which he still holds).

In 2015, Bernie Sanders announced his intention to run for president, and despite losing to Hillary Clinton in the Democratic Primaries, he managed to win 23 primaries and garnered 43% of the pledged delegates.

In February of 2019, he announced he would try a second time to become a candidate for election to be president, and with his rabid army of supporters, he is very much a favored candidate.

In April of 2019, Bernie Sanders announced his plan to transition healthcare in the US to a single-payer healthcare system, one where a single government-run plan provides insurance coverage to all Americans.

This plan is called the Medicare for All Act, and is a key hallmark of his presidency.

If elected, Sanders claims he will immediately overhaul the current healthcare system in the US to mirror those found in most other developed nations. Under his Medicare for All proposal, Bernie hopes to afford medical coverage for every American citizen with access to free and public care.

Sanders previously sponsored a similar bill in 2017, which did not become law, but he reintroduced the Medicare for All Act in 2019 in the Senate, gaining 14 co-sponsors.

The plan, if enacted, would gradually bring everyone except for those under the Veterans’ Administration or the Department of Indian Affairs under the plan and barring employers from contributing to competing plans.

While there would be alternative choices, not yet created, within 4 years, the entire healthcare system would be funded and operated by the government, as far as insurance is concerned.

First of all, Medicare for All would not prohibit anyone from buying additional healthcare insurance on the open market, but Sanders’s healthcare plan would bar companies from paying for such plans that would compete with the government’s plan.

How Much Will It Cost?

It would be expensive. A recent study by the Urban Institute estimates $32 trillion dollars over a decade, more than costs of Social Security, Medicare and Medicaid combined.

Sanders admits this. However, feels the time has come to throw-out a dysfunctional healthcare program that nearly bankrupts millions of citizens. Sanders believes the increased necessary business and individual income taxes necessary to pay for it will be welcomed once the full impact of the plan takes place.

In conversations with National Public Radio in October of 2019, Sanders says that while the cost is high, the main task is for American’s to realize that as a nation we spend twice as much per capita on healthcare.

So the key questions such as exactly how the plan would work, how much additional taxes people would pay, who would pay a wealth tax, etc. Do not have to be answered now.

Sander’s bill in the Senate offers many different options as to how to pay for it all, and he feels when all is said and done, Americans will be overwhelmingly in favor of the plan.