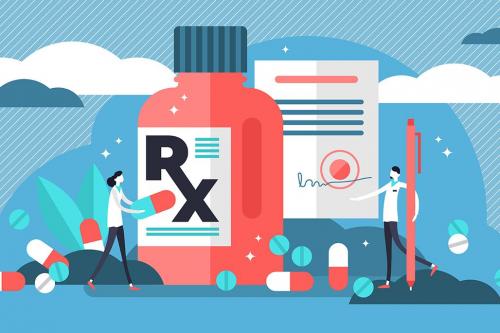 The overuse of antibiotics has become a problem in the US, and it’s creating new, more resistant bacteria that is quickly spiraling out of hand.

The advancement of medical technology and medicine has been incredible for improving the lives of so many people, but that doesn’t mean it hasn’t created its own problems. One of the biggest issues facing the medical community today is the inadvertent cause of viral and bacterial evolution as a result of antibiotic overuse. Essentially, we’ve created a survival of the fittest situation, where only the strongest bacteria and viruses survive antibiotics, which will result in rougher bugs later on.

The overuse and misuse of antibiotics are not only causing bad bacteria to prosper but is causing some problems with the body’s natural flora. Which means, unless they are specifically targeting the enemy bacteria, antibiotics, or bactericide, tend to kill off beneficial bacteria as well. Here’s what you need to know.

Antibiotics work by exploiting the differences between human and bacterial cells, attacking the cell characteristics that exist in bacteria but not human cells. A good example of this is penicillin, which was discovered to keep bacteria cells from building cell walls, which is a characteristic that human cells don’t have.

Antibiotics, also known as antibacterials, typically enter the body through injection or ingestion and are on a mission to seek and destroy harmful bacteria. While there are some basic side effects, most notably the usual gamut of flu-like symptoms, they can also inadvertently kill off beneficial bacteria creating some types of gastrointestinal illness and problems digesting some foods.

The Problems With Overusing Antibiotics

Overuse or misuse of just about anything can lead to adverse effects. With antibiotics, there are three common problems that occur when they are used incorrectly.

First and foremost, antibiotic overuse can they can cause the elimination of beneficial bacteria, which can cause a host of problems in and of itself. They can also cause an exaggeration of their own side effects, as some bactericide may result in weakness, headaches, or any of a list of common problems. Antibacterials can also cause superbugs or bacteria with antibiotic resistance. While it usually takes time for a species of bacteria to develop resistance, exposure to antibiotic misuse can hasten it.

How Are Antibiotics Overused

The appropriate use of antibiotics is vital to combatting evolving, drug-resistant bacterial infections, along with preventing new bacteria from developing resistance. However, overprescribing has become a new problem in the medical community, which is especially prevalent in outpatient settings.

According to the CDC, 30% or more of prescriptions written by outpatient medical professionals are unnecessary. Breaking the stats down even further, the majority of antibiotic overuse occurs when prescriptions are written for viral respiratory infections, which includes conditions like bronchitis, otitis, and sinusitis.

There’s a reason antibiotics are being overused, and it boils down to a handful of things. The following list explains how and why bactericide misuse has gotten to this point:

How Big The Problem Is

Interestingly, the problem is caused by the universal use of a few major antibiotics. That is because a relatively small number of bactericide are in use at any given time microbes can quickly become resistant to them. Adding to the issue is that no matter how thorough decontamination procedures are some microbes will always survive. This means that microbes resistant to a collection of antibiotics can spread from one hospital to another in a relatively short time.

There is a constant arms race of sorts as new antibacterials must be found to defeat antimicrobial resistance. This means that companies are constantly having to develop new antibiotics as well as ways to deal with microbes. While there are ways of limiting the spread of superbugs this does not mean that they are either always successful. Nonetheless, new ways of limiting the spread are always in development. While the development of new antibiotics and procedures help, it is nonetheless one that is a constant threat.

When They Are Needed

The best solution is obviously to limit the overuse of antibiotics. While the patient will enjoy avoiding the harmful effects of antibacterials, limiting antibiotic misuse will obviously limit the spread of superbugs as well. While there is no question that antibiotics are needed, limiting their use to the bare minimum needed is a good idea.

There should also be the constant rotation of new antibiotics in the hospital in order to ensure that antimicrobial resistance does not grow between generations. Throw in more effective procedures with dealing with contamination and the harmful effects of antibiotics should be limited.

When Not To Use Them