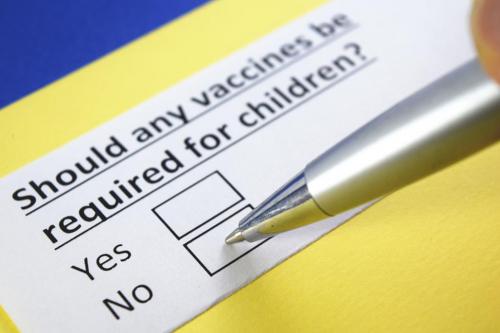 The Anti-Vaccine Movement | Breaking Down the Worst Arguments

The anti-vaccination movement is on the rise, and outbreaks of once eradicated diseases are becoming the new norm. Here are some of the worst arguments that anti-vaxxers are clinging on to for dear life.

The anti-vax movement, which has been dubbed a regression in modern medicine, now tops the World Health Organization’s list of top global health threats. Its company includes pandemic flu, Ebola, and drug resistance. Learn more about the anti-vaccine movement, why it’s so dangerous, and more below.

A Brief Overview of the Anti-Vaccination Movement

The anti-vaccination movement has been around for as long as vaccines, though the basis of said movement has changed with the times, trends, and current events. The basis for today’s anti-vax movement, which is growing progressively worse, was the 1998 release of a “research” paper (which turned out to be fraudulent) citing a link between autism and vaccines, and the Green Our Vaccines movement, which was a public campaign to get thiomersal and other toxins removed from immunizations. Other events that have shaped society’s views on immunizations include the following:

Nearly Eradicated Diseases Are Now on the Rise

It’s difficult to put into perspective just how dangerous the anti-vax movement is, as nobody alive today can truly know the horrors of uncontained disease. Thanks to vaccines, 2 to 3 million more people survive each year than in periods of pre-inoculation, a mankind success about which to boast if there ever was one. Unfortunately, vaccine hesitancy, which refers to delays in vaccination or the outright refusal to get vaccinated, threatens to reverse this hard-sought progress to eradicate disease. Case in point: the return of measles.

In 2000, the US. reported zero cases of measles transmitted by patients in the country. The only reported cases were imported by individuals who became infected out of the country. In 2008, one year after Jenny McCarthy came out saying that her son’s autism was the result of a vaccine-injury, the US experienced several measles outbreaks, three of which the CDC considered large. That same year, the UK declared measles an endemic for the first time in 14 years. From 2008 to 2011, France reported more than 22,000 cases of the disease.

Since the early 2000s, the number of measles outbreaks across the US continues to fluctuate. However, they never dip as low as they did pre-anti-vaccination days. In 2014 and 2015, the US. experienced as many as 24 cases of measles in which 855 people were infected. As of March of 2019, there have already been 314 reported cases.

Measles isn’t the only vaccine-preventable disease that is experiencing a resurgence. Some other dangerous diseases that are on the rise thanks to the anti-vax movement include mumps, polio, rubella, and whooping cough.

There are several factors that fuel the anti-vax fire; too many to list here. However, there are certain myths, some more recent in their development than others, that are particularly shocking:

With the scientific evidence backing the efficacy and safety of vaccines, there is no reason to not get your shots. Better yet, with the right health plan, vaccines are free. Find the right family health plan for you and your children today.