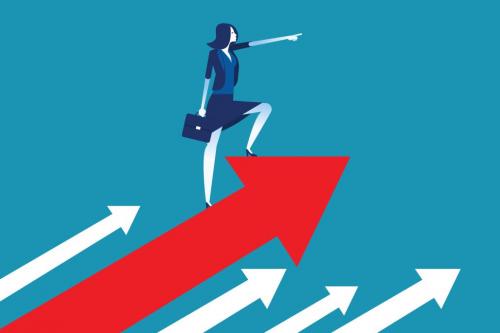 Andrew Yang is a supporter of Medicare for All, but also has his own plans to reform the American healthcare system. Those plans include taking politics out, and putting American’s first.

Although healthcare is not a staple of the presidential candidate Andrew Yang, he is definitely confident about his proposal, and will strive to do as much as he can in bettering the lives of the American people.

Andrew Yang has always agreed with the Medicare for All plan since the beginning of his campaign, but has revised it six-fold to suit what he thinks would be better for the American people. Andrew Yang healthcare plan is aimed at the American people, not the companies or the lobbyists who enforce those companies and the private industries, but the people who need it most.

Andrew Yang’s Healthcare plan is pretty much like Medicare for All, but with amendments to make it better suited for the people Andrew Yang cares about most: the citizens of America.

Who Is Andrew Yang?

Andrew Yang is a 2020 Democratic presidential candidate. He is married with two kids, and was born in Schenectady, NY. His career as an entrepreneur that founded the company Venture for America; a company that helps entrepreneurs like himself create jobs in certain cities to help their economy.

He became a presidential candidate after years of working and bettering his company, he still wasn’t able to create enough jobs to patch the hole of unemployment made by automation companies.

A New Way Forward for Healthcare in America

This presidential candidate hopes to stop the endless debates on how to really make healthcare affordable and effective for the common citizen. As said before he is all for the current healthcare plan that’s being tossed around, but he has his own amendments, and believes in them wholeheartedly to really lift up the American people and transcend how healthcare will affect all their lives tremendously.

Andrew Yang has come up with a six itemed list of what he wants to do to make Medicare for All better for the people of America. It’s mainly about lowering the cost of drugs, making preventative care more prevalent, taking mental, reproductive, maternal, and dental health off the back burner and into the light of mainstream healthcare.

Andrew Yang’s health care plan consists of a six tiered plan is this:

Yang healthcare details includes how Yang wishes to reduce waste on how much time doctors take doing paperwork, when instead they could be helping more patients. Yang proposes to use the current technology to take paperwork and streamline it to automated processes. Andrew Yang health care plan details on the last tier, Yang hopes to take lobbyist’s out of congress by increasing yearly paychecks of and forbidding government officials from entering into the private industries.

How Much Will It Cost

At the moment, Yang’s plan doesn’t have any guesses as to how much it will cost. A lot of it depends on if congress will pass the plan in general. Andrew Yang healthcare plan will eventually have a cost estimate, given he gets farther in the race and eventually in office.

So far, Andrew Yang healthcare plan is seemingly (at an estimation) low cost in terms of prescription drugs, access to doctors in terms of telehealth, and keeping lobbyists out of congress (this will help keep private industries from raising prices in general).

Yang healthcare details more in depth include Telehealth, which is a program designed for helping doctors reaching patients that aren’t able to travel or don’t have the means to see certain doctors but will be able to with telehealth through the internet.

More on details of Andrew Yang healthcare plan include that to start the journey for more preventative care, he is going to create more jobs for doctors so there will be more doctors available for those patients. Another aspect is that Yang hopes to improve end-of-life care by giving the patients more choice in the matter so they can be more comfortable during their last days.

Lastly, one of the aspects of Yang bringing certain types of healthcare off the back burner is maternal care, and Yang hopes to increase the quality of care to the mother and baby during childbirth and more access to doctors in case of any need.