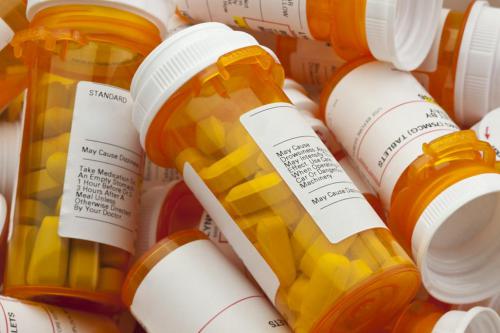 Amazon continues to carve out their stronghold in the healthcare industry with their latest acquisition of the online pharmacy PillPack, which is already sent competitor stocks in a downward spiral.

Amazon’s growth into a global behemoth is frequently credited with disrupting and upending entrenched business models. If any industry is primed for the disruption it is American health care. Now, the world’s largest Internet retailer has moved to acquire the online pharmacy PillPack. The step comes in the wake of the company’s larger foray into the health insurance industry, announced earlier this year.

PillPack is a small but growing player in the online and mail-order prescription industry. The company, which was founded in 2013, is set to surpass the $100 million mark in revenues for the current year. The online pharmacy is currently operating in the niche market of pre-sorted prescriptions, serving clientele with complex and chronic disorders. It is an underserved market set to grow as average life spans continue to increase, and more people are diagnosed with long-term conditions like diabetes and heart disease.

Despite the relatively minor position PillPack holds in the field, the company is licensed across all fifty states. It is an in-network provider for a number of benefits managers, including rival CVS, and several within the lucrative Medicare Part B program. This allows a retailer like Amazon, lacking a historical foothold in the field, to sidestep the regulatory hurdles necessary for entry to the market. As recently as April, Wal-Mart was said to be offering less than $1 billion to purchase PillPack, the amount thought to be Amazon’s price tag.

PillPack also comes with an established program for care management, known as PharmacyOS. Programs like PharmacyOS that assist patients with often-complex prescription regimes are seen as a key component in the drive to reduce American health care costs. Compliant patients are less likely to require costly hospitalizations or see their conditions deteriorate into more serious issues.

The acquisition comes as Amazon, along with partners Berkshire Hathaway and JP Morgan Chase, has continued development of its venture into health insurance. The aims of this partnership have been largely obscured behind layers of privacy, familiar to anyone who has followed the company’s expansion. The project remains unnamed, but the group recently announced it had secured a CEO, Massachusetts surgeon, and author Atul Gawande. For now, all that has been publicly announced is the venture’s stated aim to deliver cheaper, more effective care to employees of the three partners.

As for what the pharmacy deal may mean to the industry, it is hard to say. This could be the shot in the arm the field needs, forcing traditional pharmacies down new and innovative paths to remain competitive. The markets are already betting on the venture, with established companies like CVS and Walgreens experiencing a large drop in shares, while Amazon is up over $5.5 billion since the announcement was made.

For a company that already sells groceries and medical supplies, and just about anything else on the planet, PillPack seems like a logical progression. It is doubtful that brick-and-mortar pharmacies will vanish completely, but Amazon, now with a pharmacy under its umbrella, is positioning itself to upset the status quo; aiming straight for the heart of the pharmacy industry.