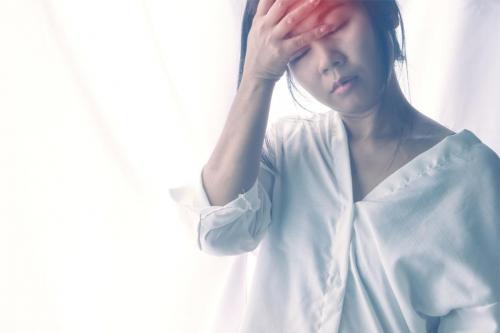 Novartis and Amgen, two pharmaceutical companies, have just announced the FDA approval of their one of a kind drug. Aimovig, the migraine drug, is already making waves as the first of its kind to prevent migraines rather than manage them.

Tension headaches are common, and we’ve all experienced them at some point or another, but migraines are different. Headaches are caused by contracting muscles between the head and neck, they are usually tolerable and only last for a few hours, although sometimes they can be more severe. Migraines are a completely different animal. Migraines will usually bring a moderate to severe throbbing pain, along with some more severe side effects such as sensitivity to light, nausea, anxiety, and even depression.

It’s estimated that over 38 million Americans suffer from migraines, with the majority being women. Migraines can be debilitating, and statistics show that over 90% of people suffering from a migraine attack can’t function as they normally would, and even leads to them missing work or other obligations. Thankfully, a recent announcement this morning may finally bring some good news for anyone suffering from migraines.

The Swiss pharmaceutical company Novartis, and American biopharmaceutical company Amgen announced that their new drug Aimovig was recently approved by the US Food and Drug Administration (FDA). The drug is the first of its kind because it doesn’t just manage pain and symptoms for migraines but effectively prevents them according to clinical trials.

"Aimovig was consistently shown to reduce monthly migraine days, including in more difficult to treat populations, with many patients achieving at least a 50% reduction."

The drug is the first of its kind and will bring some much needed relief for those who struggle with migraine pain and symptoms. While there are plenty of drug options available on the market to manage migraines, Aimovig will be the first FDA approved drug that will prevent migraines from occurring.

"Aimovig is the first and only FDA-approved treatment to block the calcitonin gene-related peptide receptor (CGRP-R), which plays an important role in migraine."

According to the Novartis and Amgen statement, Aimovig is a “therapeutic approach" to treating migraines. The drug blocks the gene-related peptide receptor, also known as (CGRP-R), which is one of the leading players in the onset of migraines. Most patients will use 70 mg of Aimovig once a month to lower their chances of migraines, although depending on the case, some patients may need to double the dose.

After clinical tests were administered, patients who were using the recommended dose of Aimovig saw their cases of migraines decrease. In one of the larger trials, Aimovig users saw their migraine occurrences drop from 8 per month to 5 per month, which is significant.

How Much Will Aimovig Cost?

Novartis and Amgen are aiming to make Aimovig affordable for everyone. As of now, the expected price of Aimovig is listed at $575 for the single injection needed each month, or $6,900 for the year. It’s significantly less expensive than the projected $10,000 annual price tag that was originally being reported. Now that Aimovig has been approved by the FDA, expect the migraine prevention drug to hit the shelves in the coming weeks.