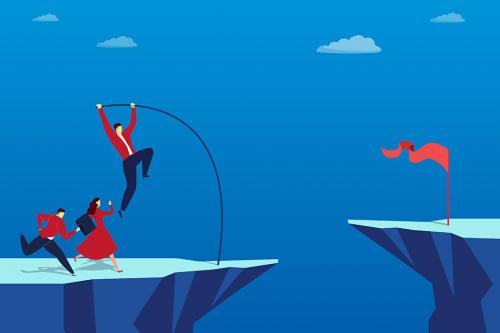 There has long been a problem in health insurance known as adverse selection, which leads to an uneven distribution of costs between the healthy and unhealthy. Here’s how it works.

Adverse selection and moral hazard in health insurance both lead to inefficient care. Letting these two factors influence healthcare policy results in higher costs for both consumers and insurance companies. Obamacare has implemented solutions to these healthcare problems.

What Is Adverse Selection In Health Insurance?

How Does It Work?

Adverse selection in health insurance leads to an insurance company having mainly ill people signed up for their plan, while healthy people choose low-cost low coverage plans. This means that the insurance must pay out more claims because most of the people insured are using more healthcare per month than their premium covers, with no premiums of healthy people making up the difference.

A good example of adverse selection is if we imagine there is a health insurance company with a plan that covers just about every healthcare occurrence, for $400 premium per month. A healthy 20-year-old might look at that plan and decide that she is unlikely to spend $400 for a full year of healthcare if she pays out-of-pocket. Instead, she chooses a plan with a much lower deductible or goes without insurance.

A 64-year-old smoker with diabetes, arthritis, and heart disease might think that $400 is less than he spends per month out-of-pocket. For him, this plan is a great deal because it covers all his care and is cost-effective. He immediately signs up, along with a large group of other people with similar health status. The result is a plan enrolling a majority of ill people and not enough healthy people.

Why It’s a Problem

Adverse selection in healthcare is a problem because it leads to financial difficulties for health insurance companies. A common response is higher premiums. This helps the company make up the loss from additional claims. But it also leads to even more healthy people choosing to look elsewhere, exacerbating the problem and leading to even higher premiums.

Another route an insurance company is likely to employ is underwriting. This is when the insurer finds out which customers or potential customers are more likely to need care and are therefore higher risk. Then those people are denied enrollment or assigned higher premiums. This can lead to sick people being unable to find an insurance that will accept them or being assigned prohibitively high premiums that prevent them from being able to afford care.

Insurers can also cap healthcare costs by establishing an annual or lifetime limit on coverage. When this is reached, the insurance will not pay for any additional care. Alternatively, the insurance company might exclude coverage for certain expensive procedures.

The Concept Of Moral Hazard In Health Insurance

Moral hazard refers to a theory of economics that stipulates that a person who is insured will accept more risk and use the service more than they would have otherwise. Moral hazard in health insurance is the idea that an insured person will engage in more health risks and will use more healthcare because they don’t have to pay for it.

Most simplistically, the assumption is that a person with insurance will visit the doctor more often than they did when they were not insured. This would lead to the problem of more healthcare being used than is being paid for.

How Obamacare Provided A Solution

Obamacare provided a solution to both the problem of adverse selection in health insurance and moral hazard health insurance by introducing regulations that protect the insured and the insurance companies. The requirement that all legal residents have health insurance ensured that healthy people as well as sick people would be buying into plans.

Subsidies helped make this possible by helping those of moderate income afford insurance when they might not have been able to otherwise. Restricted enrollment periods prevented people from signing up only when they got sick, forcing them to enroll while they’re healthy and thus preventing a majority of ill people paying into insurance.

Obamacare also allowed insurers to charge smokers up to 50% higher premiums, and to charge older people up to 3 times higher premiums to balance the additional claims stemming from these populations. The law also established uniform tiers of coverage that would be comparable to each other and would increase in pricing as more care was offered. Copays and deductibles, specific to each plan according to its tier, help prevent moral hazard health insurance by making people pay a share of all care received.