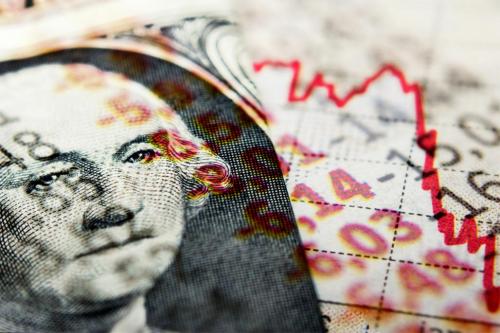 With Trump at the helm, ACA enrollment saw a steady decline in 2020.

The ACA, colloquially known as Obamacare, has been a hotbed for debate since its inception. With the change in White House rule, and Trump’s promises to help people adversely affected by the law, we are starting to see a decline in the number of sign-ups for Obamacare enrollment and health insurance under the ACA.

In January of 2019, the individual mandate was terminated and people were no longer required to have health insurance. With the mandate axed, many insurers waited breathlessly for the open enrollment 2020 season.

Open enrollment 2020 saw a slight decline in sign-ups according to CNBC, which reported a 20% decrease in the number of sign-ups in the first two weeks of open enrollment 2020. Of the 932,049 people who signed up, a little over 25% of them were first time enrollees.

Several components have contributed to the decline in enrollees such as the repeal of tax penalty, employer based insurance, and the ruling that the ACA was deemed unconstitutional.

Overall, the insurance premiums have dipped for the previous two years seeing a 4% decrease in premium costs.

To further understand the minor decrease in enrollees we need to acknowledge the circumstances that have led to the decline in enrollment.

Often a bone of contention on both sides of the house. The individual mandate was “a measure to encourage individuals to sign up”, but in reality it penalized the indigent who could not afford the cost of medical care to begin with, let alone the cost of a fine that would come out of what little tax return they were relying on as a boost for the next year.

The fine topped out at about 2.5% of the family income or $695 for an adult. You would pay whichever was the greater amount. Some assumed the repeal would invite a higher number of sign-ups, but for others they perceived it as the nail in the coffin of Obamacare.

Current figures would indicate that both parties were right in their own way, but with more insurers jumping into the marketplace, there are better choices for those who still wish to take part in Obamacare.

The Cost of Health Insurance

Despite the ambitious design of the ACA, we nevertheless find exponential premium amounts. The trouble is that the Affordable Care Act is only affordable if you qualify for the Advanced Premium Tax Credit.

The tax credit, which was grossly misunderstood, is a credit for those who file a tax return and it is not a credit for all. If you find yourself in the higher or lower income brackets, then you will not qualify for the credit. Many pinned their hopes on this “government support,” but they failed to understand how it truly worked.

The credit is offered to people to use before filing their tax returns and is based on projected earnings for the current tax year. Many people, both rich and poor found themselves having to pay that money back due to a lack of education on what an advance actually meant. The sting of having to pay back thousands of dollars forced the hand of many enrollees who opted to pay the individual mandate which was cheaper.

The Expansion of Medicaid

To cater to those caught in the trap of being too poor to qualify for the Advanced Premium Tax Credit, many states have expanded their Medicaid and CHIP programs. Before the expansion, you had to be pregnant to have school-aged children to qualify for Medicaid.

With public pressure to help those caught in limbo, many states have become Medicare for all practitioners. With the expansion, those who now qualify do not have the burden of premiums and out-of-pocket costs.

It appears that all of the above factors contributed to the steady decline of ACA enrollment in 2020. The outlook of Obamacare enrollment figures for the coming years are unclear, but the premiums continue to reduce at a favorable rate.