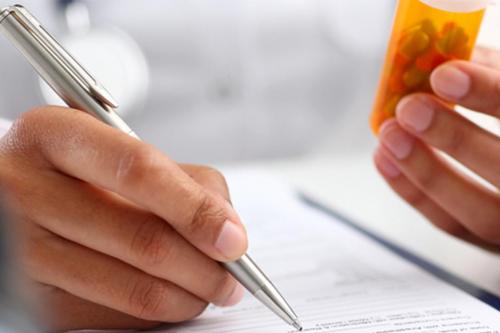 The US has a drug problem, with over 22 million Americans struggling with substance abuse. Do you recognize any of these drugs?

The US has a drug problem. Just how bad is it?

It’s estimated that over 22 million Americans are currently fighting an uphill battle with substance abuse, which includes alcohol. In 2017 alone, there were over 70,000 deaths related to drug overdoses, but there’s more than meets the eye.

The staggering numbers above don’t just include illicit or illegal substances. It may come as a surprise, but prescription medication is a major contributor as well. You may be familiar with the opioid epidemic the country is currently facing, but you may not be familiar with the lesser known drugs being prescribed daily.

We put a list together of the 10 most dangerous drugs in the US in 2020, and some of these may shock you. Find out if your prescription makes the list.

Diazepam, more commonly known as Valium, is regularly prescribed to patients who are suffering from anxiety, muscle spasms, and seizures. Introduced in 1963, Diazepam quickly gained popularity. For a 13 year period, between 1969 and 1982, the drug was the most commonly prescribed drug in the US, reaching 2.3 billion pills sold in 1978.

While Valium does help reduce feelings of anxiety and panic, along with relieving muscle spasms, it does have potential for abuse. When combined with other drugs, such as alcohol, or taken in high doses, it can result in a euphoric high. This has lead to many people abusing the drug.

In 2019, Diazepam killed approximately 1,729 people, making it the 10th most dangerous drug in the US.

Coming in at number 9 on the list of most deadly drugs in the US is Hydrocodone, more commonly known as Vicodin. Hydrocodone is a strong medication often used to treat severe pain. You may be familiar with it, as it is routinely prescribed post surgery.

Hydrocodone is an opioid medication synthesized from morphine. Meaning, it can be incredibly addictive as it can be used to mimic the effects of heroin. Unlike Diazepam, which creates more of a euphoric high, Vicodin provides more of a drowsy high.

A key ingredient in Vicodin is acetaminophen, which when abused, can lead to liver damage, making the drug extremely dangerous.

Morphine is another opiate drug that makes our list, and is prescribed by medical professionals to help curb severe pain. Similar to Diazepam, Morphine may produce a euphoric high, often described as living in a dream-like state.

As a federally designated Schedule II drug, Morphine is highly addictive. Which is why it is normally only prescribed by doctors for short periods of time. Morphine, along with heroin, contribute to nearly 50% of all drug related deaths in the US, making it one of the most deadly drugs in America.

Coming as no surprise, Methadone is another opioid drug, which actually dates back to WWII. Ironically, Methadone is often prescribed by doctors to help people currently struggling with substance abuse by helping prevent withdrawal symptoms. Usually, an addiction to heroin or painkillers.

Along with helping people beat their drug addiction, Methadone actually may also be prescribed for those in extreme pain. Although, its effects aren’t as quick as some of the other drugs that make the list.

Oxycodone makes our list as one of the most lethal drugs in the US, and chances are, you are already familiar with it. Oxycodone is taken orally, and is used to treat anywhere from moderate to severe pain for a short or extended period of time.

As you probably guessed, Oxycodone is an opioid drug as well. It’s effects mirror the natural substance in your brain known as endorphins, and tricks your brain into thinking you’re in less pain than you actually are.

One of the biggest issues with Oxycodone is that it’s so widely used and accepted in society. Since it is usually prescribed, it’s difficult to tell when you or someone you know is abusing the drug. In 2010, a study carried out showed that 5,500 people who used Oxycodone for the first time already started abusing the drug.

Used to help anxiety and panic disorders, Alprazolam (also known as Xanax) regularly leads to addiction and dependence. Unlike many of the other drugs that make our list, Xanax, part of the benzodiazepine class, is often used long term rather than just for the treatment of severe pain.

For those who struggle with anxiety, Alprazolam provides a completely calming, often euphoric feeling, which many people crave. While the feeling is drug induced, it often causes people to abuse the drug to maintain the stress and worry free feeling.

Perhaps one of the most dangerous drugs in the US, Methamphetamine, also known as Meth, is rarely prescribed. It is federally categorized as a Schedule II substance, and can only be issued by medical professionals in non-refillable prescriptions.

It is almost exclusively used by those who abuse the substance, and helps the user feel more alert, a sense of exhilaration, and even induce psychosis. The problem is that it raises blood pressure and heart rate. Heightened blood pressure and heart rate, start hosting a myriad of issues including strokes, brain damage, lung damage, kidney damage, coma, and death in the case of an overdose, as well as increasing the risk for a heart attack now and later.

Cocaine is a drug that has related to nearly 20% of overdose deaths in every year since 2011. It is a drug that makes people confident, chatty, happy, excited, and more awake. It also has adverse effects that make people feel anxious, paranoid, and panicky. It also can lead to overdose, and it raises blood pressure, which causes heart attacks.

Fentanyl is perhaps the most deadly drug in the US that is 50 to 100 times more powerful than Morphine. Typically, Fentanyl is prescribed by doctors to treat severe pain, but is also created and used illegally outside of medical prescriptions.

Like other opioid drugs, Fentanyl works to reduce the areas of the brain in control of pain and emotions. After long-term use, users become so dependent on the drug that it is hard for them to feel pleasure from anything else. When this happens, users tend to overuse the drug, which often leads to overdoses.