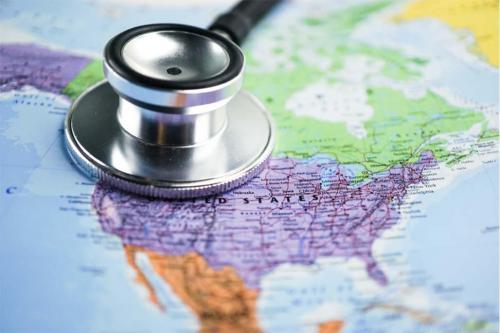 States Are Promising New Changes To Healthcare: Will They Pass?

California’s governor, Gavin Newsom, is proposing healthcare changes, including every Californian should have insurance, what other state’s are following suit?

The first month of 2019 is almost over, and everyone is ready to return to the normal routine. Those who spent the New Year’s away from home have returned. Those who spent the eve partying away are serious. In short, the holidays are over, and it is time to get back to the real world. The first thing that people will be noticing after coming back to daily life routine will be healthcare news: The announcement of new ideas for the American healthcare system.

Though there were some ideas that were missing from the proposal Mr. Newsom had announced back when he was running his campaign, mainly a system in which the state government was responsible for the bills and that it would control the rates paid for services, but Mr. Newsom says that handling healthcare just by the states isn’t something that can be easily achieved.

It should be noted here that before Mr. Newsom proposed an idea of the state bearing the bills, there were a lot of other Californian politicians that dabbled with such an idea, but when they found out that this would cost them $400 billion per year, they decided not to go forward with it.

Previous experiments with different states have proved to be beneficial. For example, Massachusetts introduced a model for the Affordable Care Act, or ACA, in 2006. Now, it has below 4 percent uninsured rate, the lowest in the nation. Maryland was also successful in regulating hospital prices which were founded on an ‘all player’ system.

Who Is Supporting & Who Is Opposing This Plan?

The Californian Hospital Association, after hearing the plans by Mr. Newsom in healthcare news, extended its support to Mr. Newsom concerning these proposals. Though drug negotiation program didn’t leave as much of a satisfactory response, it did call it a ‘welcome’ development. Some people who are expected to oppose this plan might be businesses, hospitals, pharmaceutical companies, and doctors’ groups. The reason being that this plan may have an impact on the aforementioned people’s financial interests.

Following Mr. Newsom, a lot of other governors followed in. Governor Jay Inslee of Washington proposed that his state will be offering a public plan and to compete with private companies, its rates will be associated with those of Medicare. This proposal, however, was met with ‘deep concern’ from the Washington State Medical Association. They called these rates ‘Artificially low, arbitrary and subject to the political whims of Washington, D.C.

Similarly, New Mexico is thinking about a plan that would permit residents to buy the state’s Medicaid program. Mayor Bill de Blasio, of New York, announced a plan that would expand healthcare access to uninsured residents of the city, who have low-income. This plan was announced in January 2019 only and will include undocumented immigrants.

When Will America Resolve Its Healthcare Issues?

People have been waiting for a decade for Washington to resolve the healthcare issues of the state. In fact, around 70% of Americans have said that their healthcare is either ‘in a state of crisis’ or is suffering from ‘major problems.’ Because of Washington’s inability to do so, local politicians and states are leading the charge in solving these healthcare issues.

Some laws, such as allowing people of the same sex to marry and legalization of Marijuana, started in a few states but rapidly became national policy. Is healthcare following the same direction? If the proposal proposed by Governor Newsom or Governor Inslee officially moves forward, health insurance news would be much pleasant, making healthcare affordable and accessible for everyone, more states might follow these proposals.

Tommy Douglas, a Baptist Minister and left-wing politician of Canada was in the top 10 in the list of greatest Canadian of all time. He is known as the father of Canada’s health system. He was able to build a universal health care system in his state, Saskatchewan, which wasn’t an easy task considering the region was facing a bitter doctor’s strike.

The bottom line is that the United States will eventually find a prototype for healthcare that might better the health insurance news, but 2019 might be a time to look at the states for new ideas, instead of looking at the nation’s capital. One thing is for sure: whichever state introduces such a system, its name will be written in the history books for years to come and will give birth to gratifying health insurance news.