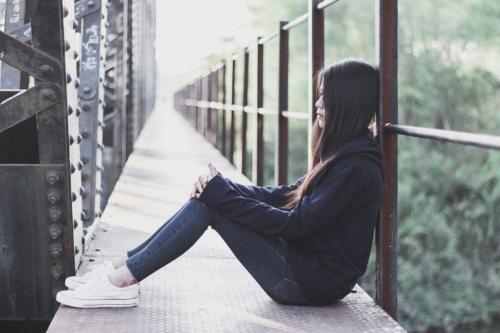 From Mental Health to Breast Cancer, women across the globe face a number of health risks that can no longer be ignored. Here is a list of the top 10 biggest women's health issues from around the globe today.

Women empowerment has been a driving force to challenge the disadvantages that women have been facing for a long time in different areas of their lives. Among the different areas that are being improved upon are women's health issues.

When it comes to women's health issues, it affects their lives, their families, their work, and their finances. Even though women have a long life expectancy compared to men in the majority of the countries, it does not mean that they don't face struggles. In fact, WHO (World Health Organization) indicated that women suffer from different kinds of health issues all year round compared to men.

You might think that heart disease is a man’s problem, but you might be shocked to know that it is the number one cause of death among women around the world. This statistics is high in low-income countries where women die from heart diseases. For instance, women in South Africa have a higher chance (150%) of dying from heart disease than women in the United States; it is one of the leading women's health issues that need to be addressed.

Sexual violence is a term that covers sexual assault, rape, coerced marriage and other types of sexual abuse. Sexual violence is one of the most troubling human rights issues that live in this world. Though it is hard to identify the right statistics because of unreported cases, the UN undertook a survey where they discovered that millions of women end up as victims of sexual violence every year; and most of the sex violence incidences stem from romantic relationships and rape.

The World Health Organization states that approximately 35% of women around the world are victims of domestic violence. Sadly, the health ramifications do not stop even after the abuse has stopped. Domestic violence has the risk of taking a woman to a state of depression that can span a long time.

Additionally, there are still more health issues like HIV infection, pregnancies that are unintended, suicide, alcohol abuse, physical injury that is long-term and even death at the partner's hands. To paint the picture more clearly for you, an estimated 37% of all women who are murdered have been killed by their partners.

Approximately 70,000 women die on a yearly basis because of improperly executed abortions out of desperation. Most of the numbers come from countries where abortion is illegal or very difficult to be done. These regions are places where women have poor access to the right contraceptive. Some abortion cases are done in places where the doctors have no clue of what they are doing.

Cancer is a dangerous disease, and in women, the most lethal cancer is witnessed between the ages of 20-59. In developing countries, breast cancer is on the rise, and it is diagnosed much later in the advanced stage where not much can be done in a medical perspective.

Women are half of the 36.7 million people living with HIV/AIDS according to HIV.org. But regions such as sub-Saharan Africa, the percentage of women with HIV/AIDS is 61% of the afflicted population. The spread of HIV is also dependent on gender.

Women don’t usually have the chance to refuse sex from their partners in some countries, and they don’t have the right medical resources for treatment in case they think they have been infected. Shockingly, this does not apply to the developing countries alone, because 20% of the new infections in the United States are contracted each year by women through heterosexual contact.

Mental issues like depression affect women, even though it is perceived as though women are invisible to depression. In essence, women are more likely to develop anxiety disorder and depression than men. Women are also more likely to go through circumstances that give them PTSD like a disaster or domestic violence, and they still survive.

Since malnutrition affects two billion people globally, women are the ones who feel the impact. Women who have vitamin deficiencies are more likely to die while giving birth. Now, since half of the pregnant women who live in developing countries suffer from anemia, malnutrition causes approximately 110,000 deaths each year.

Stroke is the leading cause of disability in the US, and it is also responsible for approximately 8% of all the female deaths in the US. Women are also more prone to stroke than women since 60% of all the stroke deaths each year are incurred by women. Women's health issues like stroke need very great care.