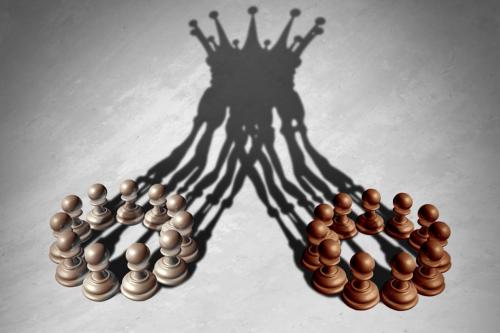 In a major new deal, WellCare has positioned itself to take an even larger market share by acquiring the family owned and operated Meridian. It will absorb over 1 million members along with the pharmacy benefit manager (PBM).

The American healthcare industry continues to see a number of important mergers and acquisitions. What are companies trying to accomplish? Is this creating a more stable system that drastically needs a makeover?

States have a reduced role in the healthcare industry as many mergers are across state borders. These require federal government oversight. Will the smaller, inefficient healthcare companies be weeded out?

Baby boomers are retiring and becoming an even more important demographic for the healthcare industry. The pharmacy benefit manager (PBM) is an attractive feature because it can enable a healthcare company to be more efficient. WellCare has added 1 million members and a PBM after closing its deal with Meridian. Here’s how this what it means.

There are a number of mergers and acquisitions in the healthcare industry, including Aetna & CVS and Express Scripts & Cigna. Each healthcare network wants to optimize its market share. The companies believe this will give them an advantage with respect to Medicare coverage eligibility, superior benefits packages, and lower costs.

Meridian was a family-owned business with 508,000 Michigan Medicaid members. It also had 600,000 members living in Illinois, Indiana, and Ohio. After the acquisition, WellCare’s Medicaid membership market share became #1 in both Michigan and Illinois. Now, that makes 6 states in which WellCare-Meridian is the leader in market share.

The MeridianRx brand was founded by Grosse Pointe physician David Cotton - the Cottons will no longer be involved with the new company. Therefore, this acquisition was an example of a smaller firm being taken over by a larger company that wants to lead the industry.

The benefits of acquiring a PBM include better data management and prescription drug cost control. This consolidation can lead to a leaner and meaner healthcare system.

The WellCare chief executive officer Ken Burdick stated that the:

The dual-eligible feature might be one of the best features of the acquisition. Since the members are eligible for both Medicaid and Medicare, the healthcare company has a chance to increase its profits dramatically.

One benefit of the government’s actions on healthcare is that it has moved the focus from the states to the national government. Now, the healthcare companies are creating national networks. This provides them with lower overall costs and increased efficiency.

There is also the advantage of influence. As the federal government continues to contemplate new healthcare laws, politicians are most likely to listen to the concerns of the largest companies. The future movers and shakers of the healthcare industry are positioning themselves for relevance, influence, and power with these mergers and acquisitions.

Baby boomers are the cash cow that can drive profits for the healthcare industry in the next decade. Baby boomers have already started turning 65 and will continue to do so for years. Why is this important?

The $2.5 billion deal for Meridian will be financed through the sale of 3.9 million shares of common stock. Shares of the company stock were up after the announcement of the purchase.

For years, the public has been warned of the Graying of America. Well now, it’s here. WellCare understands that just as much of the nation’s wealth is found in the senior citizen population, many of their future profits may also be found in these retiring baby boomers. Also, by acquiring Meridian, WellCare has gained a superior position in the Midwest.

Meridian was a family-owned firm that could not handle the national competition. Its PBM was an attractive target. Everyone can expect continued mergers and acquisitions in the healthcare industry as the strongest survive. In the end, there might only be a few national healthcare powerhouses left.