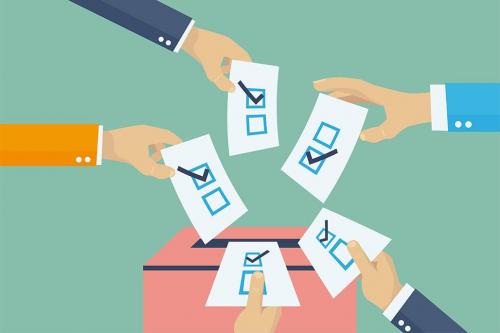 Virginia Votes To Expand Medicaid For Over 400,000 Residents

In an act of defiance, the Republican-controlled general assembly of Virginia went against the advice of the Trump administration and expanded the state’s Medicaid program. The legislation will provide health coverage for over 400,000 residents.

Virginia expanded Medicaid for the state’s low-income residents. The state’s General Assembly, which is controlled by Republicans, went against the advice of the White House, who advised the members not to expand health care and offer Virginia health insurance to many individuals who weren’t eligible before.

On Wednesday, the state Senate agreed to a budget with an expansion for Virginia Medicaid services with a vote of 23-17. The House was also in favor, and approved the bill shortly after the Senate agreed, with a more lopsided 67-31 vote. Both chambers approved the increase with bipartisan effort as Republicans and Democrats came together to pass the budget expanding Virginia health insurance.

Republican lawmakers said that the push by the Trump administration to impose work requirements for eligible Virginia Medicaid recipients gave them the incentive to pass the measure. The issue of Medicaid expansion to expand Virginia health care has been a battle between the parties for the last several years, causing standoffs over the budget in 2014 and this year.

Medicaid expansion was a key component of former President Barack Obama’s implementation of the Affordable Care Act to expand health care and offer it to those who were unable to afford it. President Trump has actively campaigned against the expansion, and lawmakers pushed the stat not to include the expansion in their budget. Kirk Cox, GOP Speaker, stated that the conservative reforms opened the door for talks and the eventual passage of a
Virginia Medicaid expansion. Some other state legislators cited the Trump administration’s failure to successfully repeal and replace Obamacare as the reason for changing their positions.

Who Will Benefit From Virginia’s Medicaid Expansion

Approximately 400,000 low-income individuals in the state will be eligible for Virginia health insurance through Medicaid next year when Democratic Governor Ralph Northam signs the budget. Data from the Kaiser Family Foundation shows that Virginia is the 33rd state to expand Medicaid since the ACA was implemented.

Republicans are looking to Democrats as an example. They successfully argued for Virginia Medicaid expansion last year with a drastic increase in public support, which created an anti-Trump wave through the legislature and more push to offer Virginia health insurance to more low-income residents. Passage this year took care of the issue before elections next year, when both Senate and House seats are up. Democrats argued that there was no reason not to take advantage of the additional $2 billion that the federal government would contribute to the state to ensure the program’s sustainability. They were vehemently opposed previously, stating that it wasn’t sustainable in the long-term picture to offer Virginia health insurance to more people.

Republican lawmaker Senator Ben Chafin openly expressed his support for Virginia health insurance expansion due to the poor economic conditions of the southwest coal country he represents. The additional funding will help residents of the rural area to receive proper medical care and aid in funding for hospitals. He recognized that saying no wasn’t an option any longer if he was to represent the needs of his constituents.

Other Republican lawmakers, including GOP Senator Bill Stanley, still opposed the measure because it would take funds away from other areas of the budget that desperately need it, including public safety and schools. He compared the passage of the budget with the Virginia Medicaid expansion as “a ticking time bomb.”