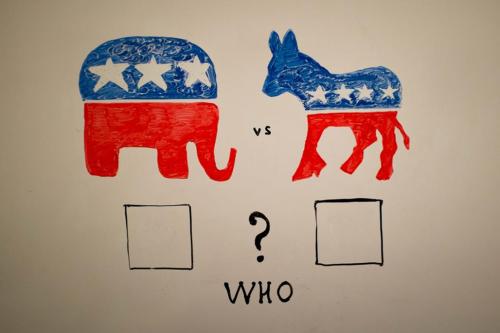 Here's what you should know about every primary difference between Obamacare and Trumpcare and how they affect your health insurance options.

Obamacare, officially known as the Affordable Care Act (ACA), was passed in 2010 to mandate health insurance for all Americans. This broad law made changes to define minimum coverage, create an individual mandate requiring consumers to purchase coverage and expand federal subsidies for middle-income households. Trumpcare, or the American Health Care Act (AHCA), is a replacement plan designed to partially repeal Obamacare.

Here’s what you should know about every primary difference between Obamacare and Trumpcare and how they affect your health insurance options.

The ACA penalizes consumers who can afford to buy health insurance but do not do so with a fee, sometimes called the individual mandate or the individual shared responsibility payment. This fee must be paid for any month in which you do not have a qualifying health plan and it’s paid when you file your federal tax return. There are many ways to become exempt from the mandate, however, including financial hardship.

This penalty is either 2.5% of your household income up to the total yearly premium for a Bronze package on the Marketplace or $695 per person up to $2,085, whichever is higher.

Trumpcare eliminates the individual mandate and instead offers a financial incentive for consumers who maintain coverage: insurance companies can charge a 30% penalty on people who buy health insurance after they have had a gap in coverage exceeding 63 days. The 30% penalty would apply for 12 months.

The individual mandate penalty does remain in effect for 2018. This Obamacare tax penalty calculator can help you calculate the penalty you would need to pay if you don’t have health insurance.

Trumpcare vs. Obamacare and Healthcare Subsidies

Another important difference between Obamacare and Trumpcare is how they treat healthcare subsidies by the federal government. The ACA expanded subsidies that help consumers afford healthcare premiums. This provides health coverage at a reduced cost based on your income. In every state, if household income is between 100% and 400% of the federal poverty limit, you can qualify for a tax credit to reduce health insurance costs.

When you compare the AHCA vs. ACA, there are major changes made to these subsidies. The AHCA would still link subsidies to income, but the limit would be set lower at 350% of the federal poverty limit. The formula would tie the number of subsidies to the cost of a far less comprehensive health plan which means consumers would receive substantially lower subsidies.

A comparison of Trumpcare vs. Obamacare must include what healthcare plans are actually required to cover. The ACA requires that all major health policies sold to consumers offer coverage for 10 categories of essential health benefits:

The AHCA erodes this protection by allowing states to apply for a waiver to define what they consider essential health benefits. States could allow insurance companies to sell plans that do not cover prescription drugs or maternity care, for example.

Under the AHCA, you can be charged more for coverage due to a pre-existing condition, although the AHCA and ACA both have plans in place that are designed to prevent people from waiting until they are sick to get coverage.

The ACA accomplishes this through the individual mandate, which requires everyone to buy and maintain health coverage. If someone has a coverage gap of longer than 2 months, they must pay a tax and cannot get new health insurance until Open Enrollment.

Under the AHCA, states can instead apply for a waiver to set their own rules that encourage residents to maintain coverage. The AHCA has a system in which someone who maintains coverage does not have to pay a higher price for insurance based on whether or not they have a pre-existing medical condition. However, the AHCA allows states to change pricing rules for people who don’t maintain their coverage. This means states can charge higher premiums to people who have coverage gaps or have a pre-existing condition.

AHCA Vs. ACA And Coverage For Newborn Babies

Both the ACA and AHCA offer the same rules for newborns. If you have a baby, he or she can be added to your health plan or you can buy a new health insurance plan to cover the child. There cannot be higher premiums or penalties even if the child has a pre-existing condition.

Both the AHCA and ACA have a defined Open Enrollment Period during which you can buy a health insurance policy. Unless you experience a qualifying life event, Open Enrollment is the only time you can add or change health coverage.

AHCA vs. ACA and Medicaid

The ACA expanded Medicaid in many states by matching state spending dollar for dollar by the government. The amount of money the federal government gives each state depends on the amount of medical care Medicaid patients receive in each state. The government pays most of the cost to expand Medicaid to low-income adults who do not have children in 30 states.

Under Trumpcare, Medicaid expansion and matched funding would be phased out. States would also be free to choose from one of two funding options: block funding or per-capita funds. Medicaid spending would be cut by more than $800 billion.

AHCA vs. ACA and the Federal Invisible Risk Sharing Program

An important difference between Obamacare and Trumpcare is the creation of the Federal Invisible Risk Sharing Program. This program has been introduced as part of the AHCA. The Federal Invisible Risk Sharing Program is a pool of funds the government sets aside to assist insurance companies in covering people with high medical expenses. These risk pools are invisible to consumers because the consumers do not know they are in the risk pool. When consumers maintain health coverage, they are expected to pay the same cost for insurance as healthy people.

The ACA has used a different system that reimbursed insurance companies for expensive enrollees who cost more than $45,000 per year. Under the invisible risk-sharing program, insurers would need to identify high-risk patients in advance and place them and their premiums into the high-risk pool. The pool would then pay the patient’s medical costs beyond a lower threshold of around $10,000. While different, both programs use public funds to lower premiums by reducing the costs to insurance companies.

Cost Differences In The AHCA Vs. ACA

Trumpcare would make major changes to the health insurance markets by reducing health plan requirements and changing the structure of government subsidies offered to low- and moderate-income adults. On average, the Congressional Budget Office has found the changes would make health insurance more affordable for some consumers. Lower-income and older adults would likely see soaring insurance premiums.

By late 2016, the Department of Health and Human Services (HHS) announced that 20 million people were newly coverage by health insurance as a result of Obamacare, mostly through Medicaid and the Exchanges the program started. The Congressional Budget Office’s analysis of the Trumpcare plan estimates that 22-23 million fewer people would have health insurance over the next decade.

It’s estimated that the older Senate version of the AHCA would reduce the federal deficit by $321 billion by 2026 compared to a reduction of $118 billion with the House version. Most savings are made by reducing subsidies to lower-income adults and cutting Medicaid.