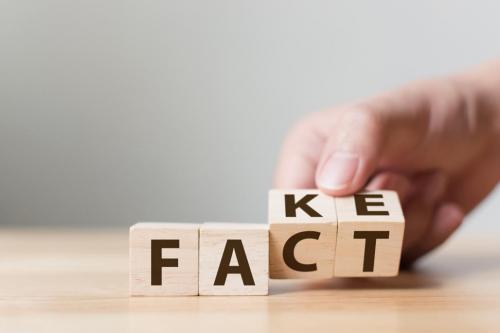 Trumpcare Facts - Answers To All Your Healthcare Questions

The Trumpcare era is officially upon us, and it’s time to dive into what this means for your healthcare. Get the facts, and answers to all your Trumpcare questions.

The Trumpcare era is officially upon us, and it’s time to dive into what this means for your healthcare. Unlike the term Obamacare, Trumpcare is a somewhat vague in its meaning since it’s not rooted in a singular piece of legislation like the Affordable Care Act.

During his presidential campaign, Trump promised to fix the current US healthcare system by effectively repealing and replacing Obamacare. He then came out with a 7-point plan, and numerous healthcare bills were brought to the table, some successful, others, not so much. This has left a lot of questions on the table, and these are the Trumpcare facts you need to know about.

Trumpcare is a broad term that has been used on many healthcare reform bills and proposals including the American Health Care Act, Trump’s 7-point plan, the Better Reconciliation Act, Obamacare Relief (Trump’s Executive Order), and most recently the Tax Cuts and Jobs Act. The term Trumpcare refers to any proposed or actual change made to the US healthcare system under President Trump.

Yes, but not entirely. While President Trump and the GOP promised a complete overhaul of the Affordable Care Act, only parts of their plan have effectively become law. The American Health Care Act and Better Reconciliation didn’t pass, but Trump’s Executive Order and Tax Cuts and Jobs Act did, making major changes to Obamacare.

3. Is Obamacare Still In Effect?

Yes, Obamacare is still in effect. As of 2018, all Obama era healthcare policies are still in place, and will remain in place until 2019. Even after the year is up, the majority of Obamacare will remain intact, with a few major changes.

4. Will You Pay More Under Trumpcare?

Yes, subsidized health coverage will still be available to those who qualify. However, President Trump’s Executive Order no longer provides reimbursement to health insurance providers who offer subsidies, so to make up the difference, it will most likely result in higher premiums in the marketplace for those who don’t qualify for cost-sharing reductions.

Not really. Trumpcare will create more competition among insurance companies, along with eliminating subsidies that they are lawfully required to offer low income individuals.

Yes and no. Trumpcare benefits Americans by offering more health coverage options, which in turn will help people find a plan that fits their needs and budget. Also, for people who don’t want health coverage, they will no longer face a tax penalty. The flip side is that Americans who need health insurance, or want comprehensive coverage will end up paying more. Under proposed Trumpcare bills, there would also be cuts to federal healthcare programs like Medicaid and Medicare, which can leave elderly and low income Americans without access to healthcare.

8. Can You Keep Your Doctor?

Yes, you can keep your doctor under Trumpcare. Trumpcare provides more options, you alsop should have the ability to choose your own doctor, assuming they accept your coverage.

9. Will Plans Be Available Across State Lines?

10. Will You Still Be Forced To Buy Health Insurance?

No, the individual mandate was repealed under the Tax Cuts and Jobs Act of 2017, so you will no longer be forced to buy health insurance. However, the new law doesn’t go into effect until 2019, so if you are not covered in 2018, you may still have to pay a tax penalty. To calculate what your 2018 health insurance penalty may be, you can use First Quote Health’s Obamacare Tax Penalty Calculator.

11. Will There Be More Healthcare Options Available?

Yes, there will be significantly more health insurance options available to consumers under Trumpcare. For starters, Trump’s healthcare plan loosened tight regulations put in place by the Affordable Care Act, and brought back association health plans and short term health coverage. The end goal of Trump’s healthcare plan was to create more competition in the healthcare system so the market could drive prices down.

12. Will Pre-Existing Conditions Still Be Covered?

13. Is There Still An Open Enrollment Period?

14. Will Medical Expenses Be Tax Deductible?

Yes, health insurance premiums will be tax deductible. In fact, over the next two years you will be able to deduct your medical expenses if they total more than 7.5% of you adjusted household income, compared to the current 10%.

Under Trumpcare, fewer Americans will have health coverage. The Congressional Budget Office (CBO) has come out with an analysis of each plan, and the numbers of uninsured people in the US will total about 41 million to 43 million, and those numbers jump to 49 million to 59 million by 2026.

16. What Will Happen To Planned Parenthood?

17. What Will Happen To Medicaid?

18. What Will Happen To Medicare?

Trumpcare has not made any cuts to Medicare yet, but may have indirectly made cuts via the Tax Cuts and Jobs Act. The Tax Cuts and Jobs Act is expected to increase the federal deficit over $1.5 trillion over the next 10 years which would require mandatory cuts to federal spending, including Medicare. President Trump’s latest budget proposal also looks to restructure Medicare as it currently stands, which would include a $554 billion cut to the senior health care program.

19. Will Trumpcare Increase Or Decrease The Federal Deficit?

President Trump’s move to repeal the individual mandate is expected to decrease the federal deficit by an estimated $338 billion over the next 10 years according to the CBO. However, the CBO also projects that the deficit will rise by about $194 billion from eliminating the cost-sharing reduction payments to insurers. Overall, it appears Trumpcare would lower the deficit, but there have been conflicting reports.

20. What Will Happen To Minimum Essential Benefits?