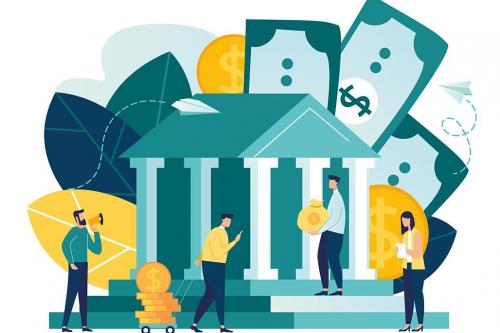 President Trump continued to chip away at the Affordable Care Act earlier this year when he decided to pause Obamacare’s risk adjustment program.

The US has a problem when it comes to healthcare spending. In fact, if you look at spending per capita, the US outspends the next closest country (Switzerland) by nearly $3,000 per year. Why is the price high when compared to other European countries such as Italy?

Data suggests that over the years Congress passed labor laws that sought to improve the average working man and woman; hence prices needed to go up to pay for their services. Another reason, one that may be more viable, is the cost of drug prices has contributed in large part to the spike in healthcare costs. Most governments negotiate prices with pharmaceutical companies, but in the case of the US, Congress passed the Medicare part D bill which prohibited Medicare from negotiating drug prices.

According to CNN Money, the number of uninsured Americans has fallen from an all-time high of 48 million people to only 28 million people. The reduction can be attributed to the fact that Obamacare has covered the highest number of people who previously lacked a health insurance policy.

The Affordable Care Act, popularly known as Obamacare, is a law that was enacted in 2011 by President Obama. The healthcare fees in America are exorbitant, for cancer you might end up paying $30,000. The bill seeks to improve the healthcare system among the American population, so what is ACA? Well, the Affordable Care Act maintains the provisions of the employer market, Medicaid and Medicare, though significant changes are in the individual market. The bill required:

As a way to allow competitive premiums and quality of insurance covers, the bill includes several provisions on risk adjustment, risk corridors, and reinsurance.

What is risk adjustment? It’s a cover that seeks to redistribute funds from lower risk applicants to the higher risk bracket. Reinsurance is a program that provides payment to covers that enroll higher cost individuals. Risk corridor is a plan that seeks to limit gains and losses beyond an acceptable range.

The most significant disadvantage that most economists view on the Affordable Care Act is that the costs are biased. It is estimated that 10% of the population accounts for the two-thirds spending of the insurance. Additionally, most insurers suffer most since they don’t have a precise knowledge of a pre-existing condition as compared to the patient. This suggests that people who have a pre-existing condition are most likely going to sign up for the cover, hence making it hard to get a universal coverage under solid plans.

Another effect of ACA is that it is estimated that 3 to 5 million citizens lost their jobs with many employers finding it easy to pay fines rather than taking a health insurance scheme for their workers. Increased insurance coverage forced the premium cost to rise highly within a short period. Lastly, over four million people found it better to pay the penalties rather than the expensive insurance cover.

After a successful petition by small insurance companies in New Mexico, President Trump was forced to halt the risk adjustment payout. Health Leaders argue that halting the 10.4 billion payouts may have massive effects on some companies than others.

For instance, companies that expected millions fear the funds may fall through while companies that owe others hundreds of millions are wondering whether they are off the hook. Moreover, delaying payments may cause insurance companies to spike their premiums to avoid losing money from unanticipated expenses.

The law has had great success with patients who had a pre-existing condition. Though this is the case, it has also had its fair share of critics. For instance, only 10% of the population uses two-thirds of the cover which is mostly contributed by the average 90% population.