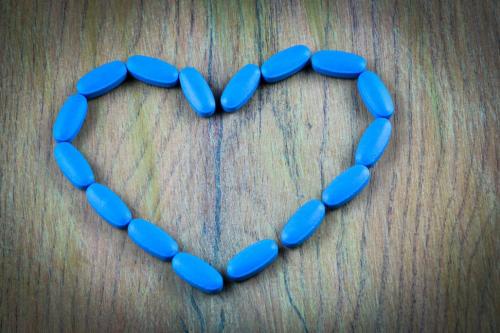 President Trump’s recent meeting with Alex Azar and Pfizer may be offering some relief when it comes to drug prices. In a congratulatory tweet to Pfizer, Trump praised the drug manufacturer for lowering drug prices.

Drug and pharmaceutical giant Pfizer had been under fire for its anticipated drug price increases, due to go into effect in July. The maker of a number of well-known and costly drugs, many of which are considered life-saving, has recently announced that the price rises, a routine function of an already highly profitable industry, have been put on hold, for the moment at least.

The Trump administration was quick to speak out, in the form of the Presidential Twitter account as well as tweets from the Department of Health and Human Services, about its involvement in pressuring the company to hold off on the increases. Cheaper prescriptions were an extremely popular promise you probably heard then-candidate Trump make on the campaign trail. President Trump’s Health Secretary Alex Azar touted the Pfizer decision to lower drug prices as a “major win” for Americans.

The drugmaker has said it will move quickly to reinstate its prescription prices to their previous amounts, but the company is referring to the decision only as a deferment. That means you should probably not assume these lower prices are permanent.

Looking to make some headway on his campaign promises, President Trump has recently touted his “drug pricing blueprint”. If you are not familiar with the President’s plan, it was designed to rework the government’s relationship to big pharma, and to help Americans obtain cheaper prescriptions.

Released in May, the blueprint focuses on creating a more competitive market among pharmaceutical makers, give the government a space to negotiate lower prices directly with manufacturers, untangling a messy regulatory framework on patents, and to create incentives that directly affect these costs at the pharmacy.

With the blueprint plan already announced, you can expect that neither the administration nor the Department of Health and Human Services were happy to learn about any price increases from the pharmaceutical world. President Trump was quick to shame the company and other pharmaceutical makers on Twitter. Putting action behind his tweets, the President and Azar called a meeting with the company’s CEO Ian Read to discuss the President’s blueprint and discourage Read from raising the cost of his company’s drugs.

Outcome Of The Meeting

The discussion was held behind closed doors, and the long-term results of the meeting and tweeting are difficult to determine, but for now, you can rest easy that Viagra and Lipitor, two of the company’s biggest creations, will not become more expensive. While lower drug prices were clearly the aim of the President and Secretary Azar, the drug maker’s statement following the meeting appears more cautious and gives credence to the belief that these prices are only a temporary fix. Pfizer indicated that the lower drug prices are simply a deferral, meant to give the President the time and space to work out his blueprint.

The company noted that their prices would remain unchanged until the end of the year, or the finalization of President Trump’s blueprint, whichever comes first. The move shows the company’s willingness to wait and consider what plans if any, the administration actually chooses to pursue. Come December, if there is no finalized blueprint, then you can expect to see the pharmaceutical company reinstitute the price increases.

Despite the President’s blueprint, and his verbal commitment to cheaper prescriptions, something he vowed would occur within two weeks of the blueprint’s release, pharmaceutical prices remain largely unchanged. In June, Democratic Senator Elizabeth Warren conducted a review of the 10 largest pharmaceutical companies, finding that not a single one has made a firm commitment to cheaper prescriptions or the President’s blueprint.

Many critics wonder why the administration if it truly desires to lower drug prices as President Trump states, does not leverage the power and reach of the Medicare program to pressure companies like Pfizer into lowering costs.

Despite the lack of serious movement on drug prices, you can rest assured that the President and his administration, at least as they say it, remain committed to working on the issue.