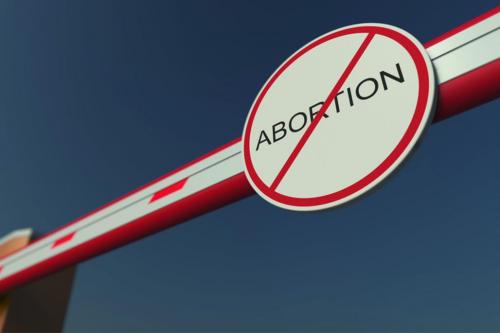 President Trump and his administration are reportedly bringing back a Reagan era policy that freezes funding for healthcare providers who offer abortion services or use abortion as a viable family planning option.

The US stance on abortion is pretty clear, they don’t support it. In January of last year, President Trump resurrected a Reagan era foreign aid policy that froze funding for all health providers outside of the US who not only perform abortions (which was already illegal) but even discuss it as a viable family planning option. Today, Trump and his administration want to enact the same policy here at home.

The new rule, which will reportedly be announced as early as today, will tie clinic funding to their abortion policies. Trump plans to prohibit funding any clinic that performs abortion procedures, refers patients to other facilities that perform abortions or even discuss abortion as part of their family planning programs. While social conservatives are rejoicing, there are many who view Trump’s latest move as an attack on reproductive rights and women’s rights.

How It’s Being Received

The right is extremely pleased with the news. Many religious conservatives are applauding Trump’s move, citing that taxpayer dollars should not be used for medical procedures they deem immoral. The president of Susan B. Anthony List, an organization that fights against abortion rights, Marjorie Dannenfelser, believe this is exactly the right move to rejuvenate Republicans before the crucial midterm elections coming up.

“We thank President Trump for taking action to disentangle taxpayers from the abortion business. Planned Parenthood, the nation’s largest abortion business, is responsible for more than 300,000 abortions a year and has been receiving $50-60 million in Title X taxpayer funds annually… This is a major victory which will energize the grassroots as we head into the critical midterm elections.”

While the right is happy about Trump keeping his campaign promise, the left is singing a different tune. Planned Parenthood has long been at the center of the abortion debate in the US, and the family planning and women’s clinic has major support across the country. This move would effectively eliminate funding for Planned Parenthood, who controversially performs abortions, and discusses the option of abortion with pregnant women. The executive vice president of Planned Parenthood, Dawn Laguens, is understandably upset about Trump’s latest attack on women’s rights, voiced her concerns late yesterday via the Planned Parenthood official site.

”It would impose new rules that are designed to make it impossible for millions of patients to get birth control or preventive care from reproductive health care providers like Planned Parenthood. This is designed to force doctors and nurses to lie to their patients. It would have devastating consequences across this country.”

According to a Bloomberg report, Trump’s new plan would not “fully prohibit clinics from counseling patients about abortion.” However, the plan would make sure any clinic receiving funds under Title X, would have to be willing and able to “counsel and refer patients for abortion.”

As with any controversial ruling, it likely won’t take effect immediately. Planned Parenthood already began collecting signatures and started their campaign to fight the new policy. Leaders from the left are expected to put together lawsuits that will halt the new rule from taking effect as well.